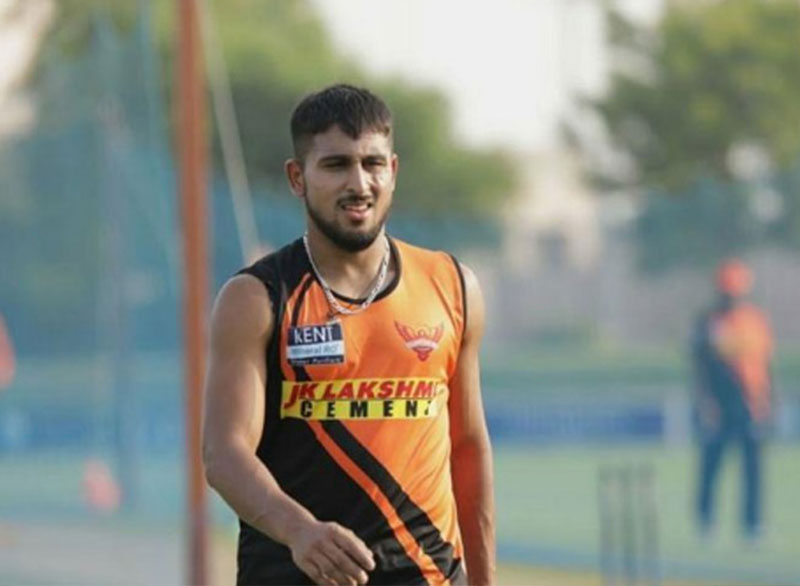 Srinagar: The Jammu based cricketer Umran Malik has become sixth J&K cricketer to find a place in India Premier League (IPL) squad as he was picked by Sunrisers Hyderabad on Friday as its short term Covid replacement.

The right arm pacer Malik has been part of Sunrisers Hyderabad side as net bowler and on Friday franchisee announced that it is picking Umran as its short term replacement for T Natarajan.

As per reports, T Natarajan tested positive for Covid-19 and the Hyderabad franchise was forced to put six members of its contingent into isolation including the all-rounder Vijay Shankar.

"Under Regulation 6.1 (c), the franchises are allowed to sign a short-term replacement player until the original squad member is permitted to re-enter the team’s bio-secure environment. Hence, Malik will only be a part of the Sunrisers Hyderabad side until Natarajan recovers and is allowed to join the team,” the IPL media release stated.

Umran made his debut for J&K senior side last year and has played one List A and one T20 match.

Malik’s only T20 game came against Railways in January 2021 where he picked three wickets.