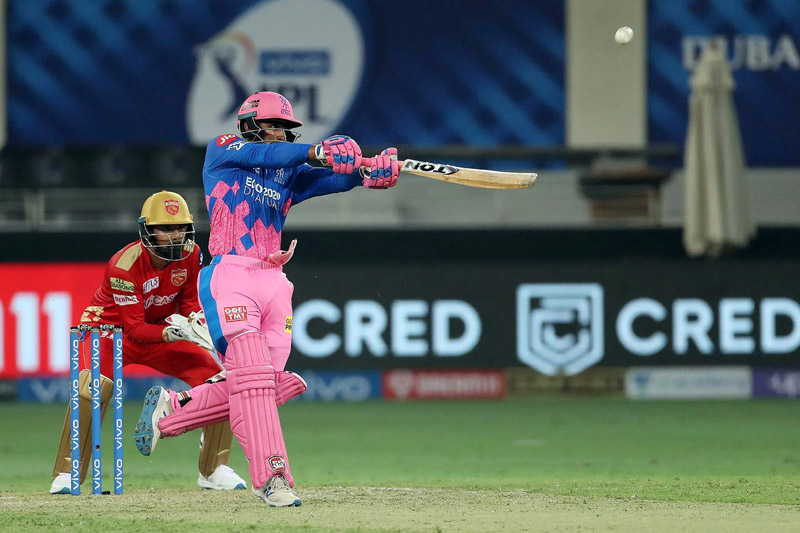 Dubai/UNI: A confident but disciplined last over by Karthik Tyagi that yielded a solitary run while defending just three runs saw Rajasthan Royals stun Punjab Kings by two runs in match 32 of IPL 2021, here on Tuesday.

The 20-year-old pacer’s implausible last over, which saw him bowl five dots with two wickets, helped Royals stow away their efficiencies in a match that witnessed their batting-order collapse like a pack of cards despite making a strong foundation for a win.

Mayank took charge of the run-chase in the next over and smashed Chris Morris for two sixes and as many boundaries with the over yielding 25 runs. The clobbering also took Mayank past his fourth half-century of the season.

Rahul, however, was denied the pleasure of a fifty by Chetan Sakariya, who oversaw the PBKS captain’s soft dismissal for 49. Mayank (67 off 43) fell right afterwards to Rahul Tewatia with PBKS suddenly flinching at 126/2 in the 12th over.

Overseas duo Aiden Markram (26* off 20) and Nicholas Pooran (32 off 22) brought the team much closer to the win with just three runs needed off the last over. However, Tyagi then removed West Indies batsman Pooran after just one run of the first two balls, bringing RR unexpectedly back in the game.

The former Indian U-19 pacer then delivered two more dots with the strategy of bowling wide; including the wicket of Deepak Hooda (0 off 2). Tyagi then bowled a yorker to Fabian Allen to clinch the thriller for RR.

Earlier, Royals made the most of the powerplay on a flat surface with 57 runs from the six overs after being sent in to bat first. In-form Lewis did the bulk of scoring with seven boundaries and a six as youngster Jaiswal enjoyed the blitzkrieg from the other end.

Lewis, however, couldn't convert the start into a big innings and was deceived by Arshdeep's change of pace in the sixth over. 10 balls later, skipper Sanju Samson (4 off 5) followed with debutant pacer Ishan Porel claiming his maiden IPL wicket.

Jaiswal, who by now had spent enough time at the wicket, took charge of RR batting and stitched a quick 28-ball 48-run stand with English batsman Liam Livingstone (25 off 17). The partnership, laced with four boundaries and two sixes, allowed the pink-clad outfit to put 100 runs on the board by the end of 11th over. 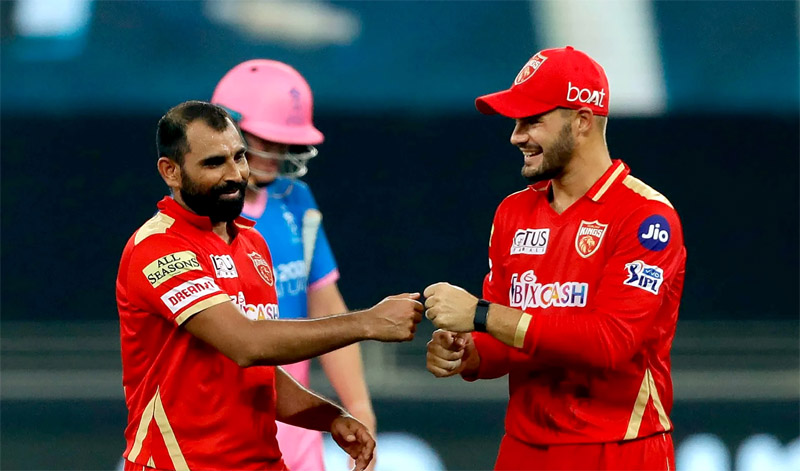 The duo, however, departed in quick succession; leaving RR sensing trouble at 136/4 in the 14th over. Livingstone was first to depart in the 12th over to Arshdeep while Jaiswal fell prey to Harpreet Brar two overs later.

In at No. 5, unheralded Mahipal Lomror provided temporary relief with a 17-ball 43 that saw him belt four 6s and two 4s before becoming Arshdeep’s third victim of the night in the 17th over.

The flow of runs dried in the last three overs with Arshdeep and Shami teaming up to run through the PBKS lower order. Right-arm pacer Shami first removed two dangermen Chris Morris (5 off 5) and Rahul Tewatia (2 off 5) in space of four deliveries while Arshdeep took the scalps of Sakariya (7 off 6) and Tyagi (1 off 3) in the last over.