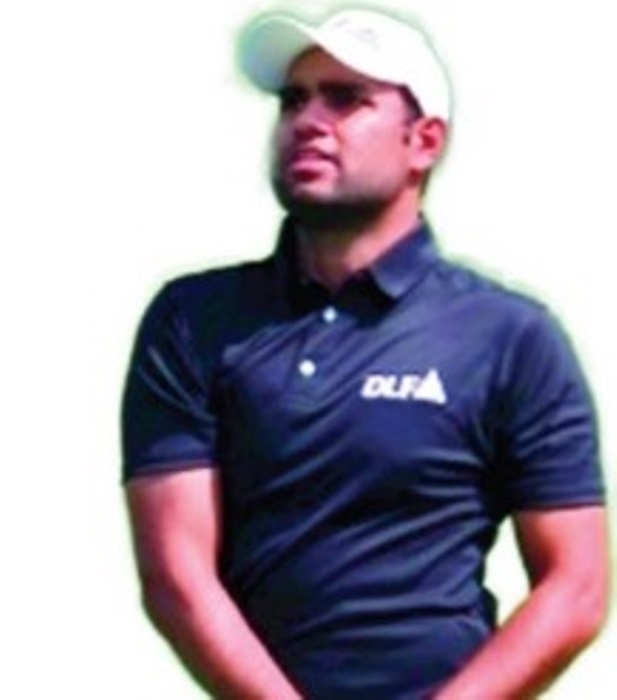 Srinagar/IBNS: Honey Baisoya of Delhi, struggling for form for most of the season, looked for a turnaround in fortune at this week’s J&K Open 2021 presented by  J&K Tourism at the Royal Springs Golf Course, Srinagar.

Six-time PGTI winner Baisoya (67-69-66) has played error-free golf for the first three days of the tournament after not having dropped a single bogey.

The 25-year-old Baisoya powered ahead into a four-shot lead in round three courtesy of a superb six-under 66 as his total moved to 14-under 202 at the Rs. 40 lakh PGTI event.

Baisoya, whose last win came in 2018, has attributed his consistency this week to his top-class striking with the 2-iron and his new putter.

Joint leader by one shot after round two, he collected three birdies on the front-nine, one of them being a great recovery with a 12-feet conversion on the seventh where he found the rough twice.

Baisoya’s approach from 155 yards lipped out on the ninth but still helped him to a birdie.

On the back-nine, Baisoya picked up three more birdies and importantly made two good par saves as well on the 12th and 18th. The par save from 10 feet on the 12th set the tone for his following birdies on the 13th, 14th, and 17th.

Baisoya said, “I’ve not played well in a while so I was nervous from the start of this event. But I’ve been hitting my 2-iron well and that helped set up a lot of opportunities for me. I made 17 greens in regulation today and 16 each on the first two days.

“My new putter has also helped my scoring. I missed the cut last week because of  my poor putting so I’m glad that I changed my putter just a day prior to this  week’s event.”