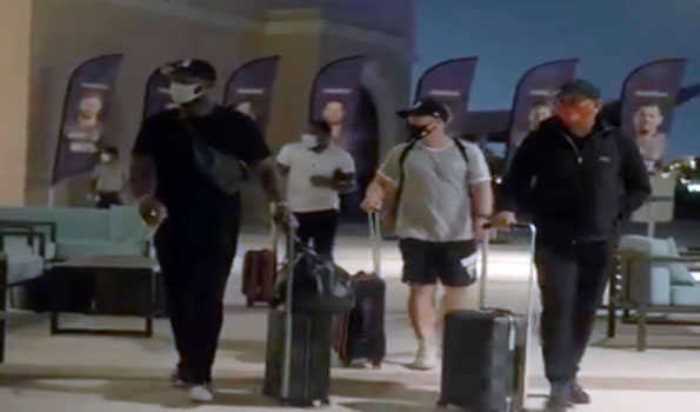 Abu Dhabi/UNI: The three explosive overseas Knights Andre Russell, Sunil Narine and Tim Seifert landed here last night after a long journey from St. Kitts and Nevis, where they were playing in the Caribbean Premier League.

While Russell represented Jamaica Tallawahs, Sunil and Seifert were a part of Trinbago Knight Riders who made it to the semifinal of the tournament.

All three players have been in good form, with Russell even recording the fastest fifty in the history of the tournament during the course of CPL 2021.

The three players, along with analyst AR Srikkanth reached UAE via Malaga in Spain, where the private jet made a halt at the Tarmac to refuel the aircraft.

The members were tested upon arrival at the Royal Jet private facility in Abu Dhabi and then transferred to quarantine at the team hotel. Upon clearing the necessary protocols, they will be allowed to come out of quarantine as per BCCI's guidelines.

With the arrival of Russell, Narine and Seifert, all KKR players are now in the IPL bubble and all set to take the field soon for the first game of the second phase of IPL - against Royal Challengers Bangalore on September 20.