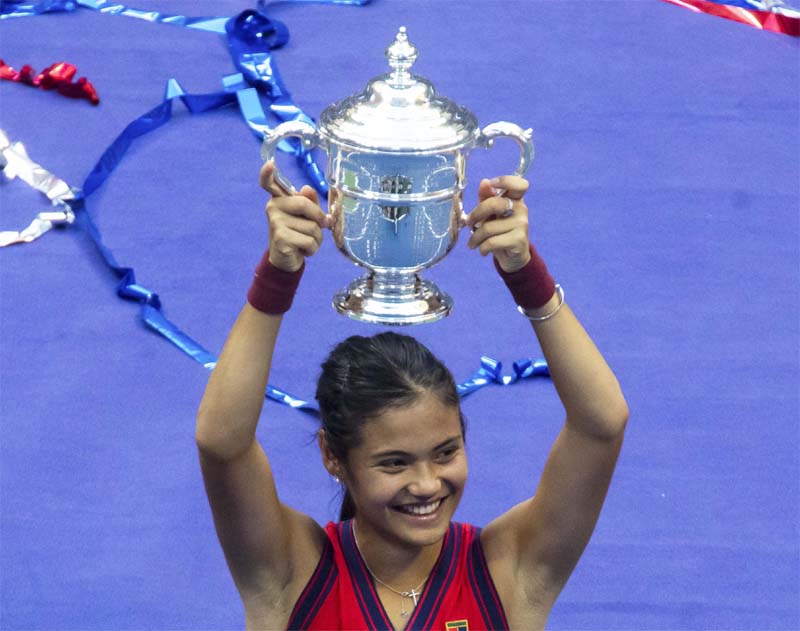 The teen defeated her 19-year-old Canadian opponent 6-4 6-3 in the thrilling encounter.

“I think this final shows that the future of women’s tennis and just the depth of the game right now is so great,” Raducanu was quoted as saying by US Open website during the on-court ceremony.

“I think every single player in the women’s draw definitely has a shot to win any tournament. I hope that the next generation can follow in the steps of the greatest legends—like Billie Jean King—and everyone who is at the top of the game right now,” she said.

Ranked world No. 150, Raducanu had to go through three rounds of qualifying in order to reach her second Grand Slam main draw and make her US Open debut.