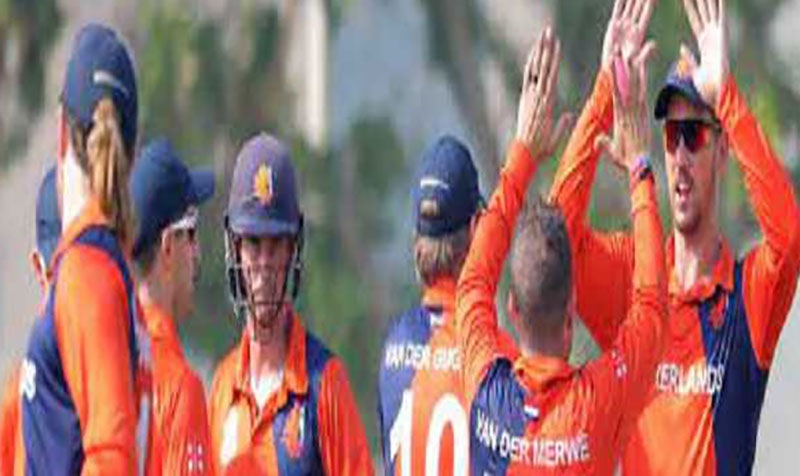 Nieuwegein/UNI: Making their fourth appearance at the Men's T20 World Cup, the Netherlands on Saturday named their 15-player team for the tournament.

Led by the experienced Pieter Seelaar, twelve men return from the World Cup Qualifier of two years ago, with Tobias Visee and Shane Snater also joining the group as travelling reserves.

After his omission from the World Cup Qualifier squad, 37-year-old Stephan Myburgh earns a spot in the squad, off the back of a rich period of run-scoring both domestically and in various international white-ball action.

31-year-old Logan van Beek and 21-year-old Bas de Leede are new additions from the squad at the Qualifier, with van Beek returning to the Dutch setup and de Leede making his mark in the last eighteen months.

De Leede follows in the footsteps of his father Tim, who featured in all of the Netherlands Cricket World Cup matches from 1996 to 2007, and claimed Player of the Match honours with a spell of 4/35 against India in 2003.

With the bat, the Dutch boast balance throughout the order, with a number of options at the top of the order, and the likes of Ryan ten Doeschate and Roelof van der Merwe carrying the team through the middle overs.

Myburgh’s career renaissance adds depth to the top, with Max O’Dowd, Ben Cooper and Scott Edwards all likely to feature.

Chiming in with runs of his own, captain and all-rounder Seelaar has no shortage of bowling options at his disposal, and will be encouraged by the results from the 2019 Qualifier, also in UAE.

Pieter Seelaar’s men feature in a competitive Group A in the tournament’s First Round, where they’ll take on Ireland, Namibia and Sri Lanka.