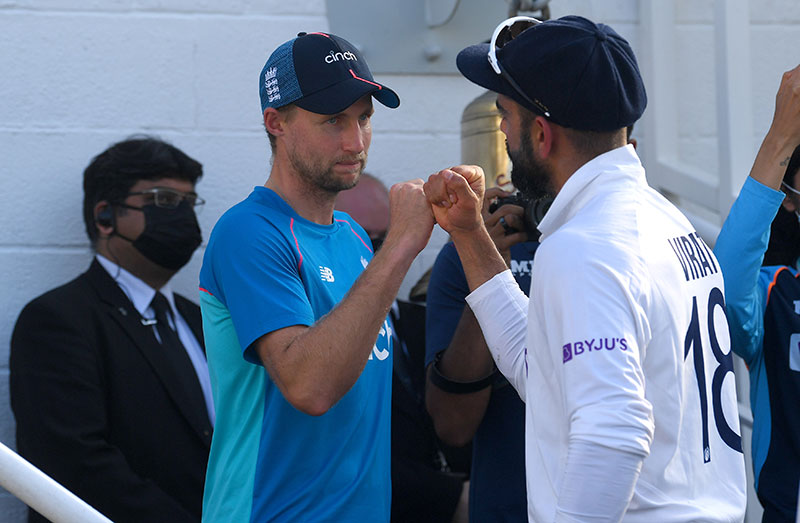 Manchester/IBNS: Virat Kohli-led India will be looking for the series win against England in Manchester where the fifth Test begins Friday.

Though doubt was raised over the fifth Test after a support staff of Team India tested COVID-19 positive, the match will be on as Kohli's team tested negative for coronavirus.

England, who are down 1-2 to India in the series, will have to win the fifth Test to avoid series defeat.

India had won the England Test series under captain Rahul Dravid in 2007.