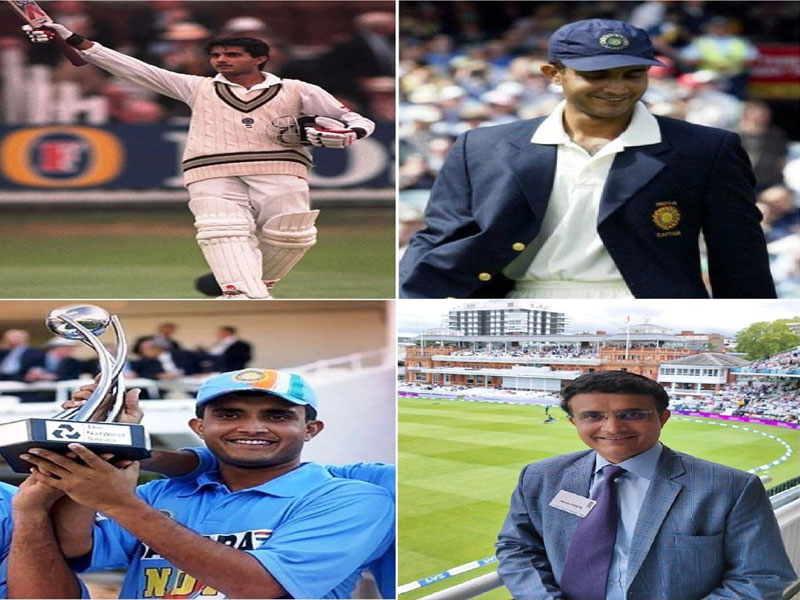 From 1996 to 2021: Sourav Ganguly captures his various moments at Lord's

London/IBNS: From his Test debut in 1996 to waving his shirt in 2002, Lord's Cricket Ground in London remained memorable for current Indian cricket board chief Sourav Ganguly, who had a sensational career.

Adding fuel to that, Ganguly, a former Indian skipper, shared a picture on social media capturing his various moments at Lord's, from the 1996 debut match to 2021 when he is now a cricket administrator.

"Came here as (a) player first in 1996 ..and then as captain..enjoyed the game at lord's today as an administrator...india (India) was and is in a good position all the times ..this game of cricket is majestic," he wrote on Instagram.

Not just hitting a debut Test hundred here as a young batsman in 1996, Ganguly as an Indian captain took off his shirt andwaved it as a celebration after winning 2002 Natwest Trophy at the iconic Lord's balcony.

However on Thursday, it was KL Rahul who stole the show by slamming a century to put India in a comfortable position at stumps on day one of the second Test.