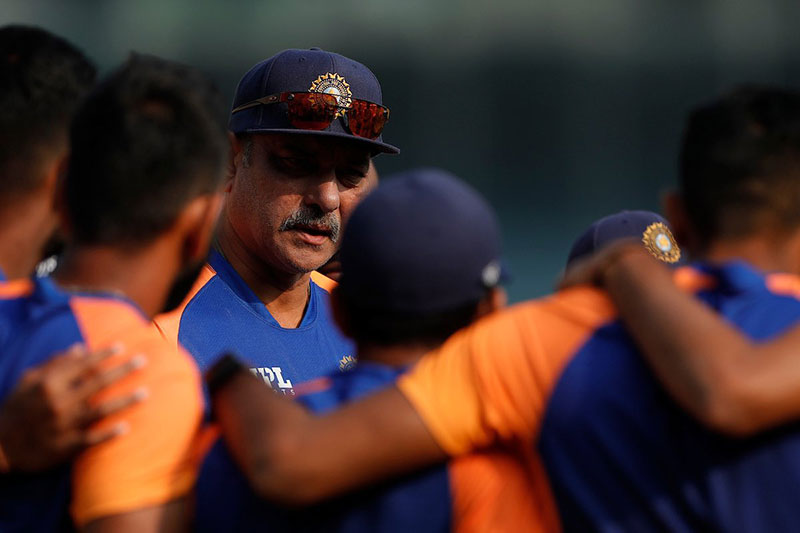 Mumbai/IBNS: Indian cricket head coach Ravi Shastri is likely to quit after the upcoming Dubai T20 World Cup as Sourav Ganguly-led Board of Control for Cricket in India (BCCI) might go for a revamp of the coaching unit soon.

According to a report by The Indian Express, Shastri is planning to step down after the World Cup when his contract ends.

Along  with him, bowling coach Bharat Arun and fielding coach R Sridhar are also looking for an exit from the national team.

Shastri, who was the Team India director between 2014 and 2016, became the head coach in 2017 after Anil Kumble stepped down over his fall out with captain Virat Kohli.

Though India failed to win any ICC tournament under Shastri's coaching, the national team defeated Australia in Australia and also reached the World Test Championship final.

If Shastri exits, former Indian skipper Rahul Dravid may fill the vacuum if some reports are to be believed.

National Cricket Academy (NCA) chief Rahul Dravid has led the Under-19 team to win the World Cup in 2018 and a second-string Indian team to win the One Day International (ODI) series in Sri Lanka recently as a coach.