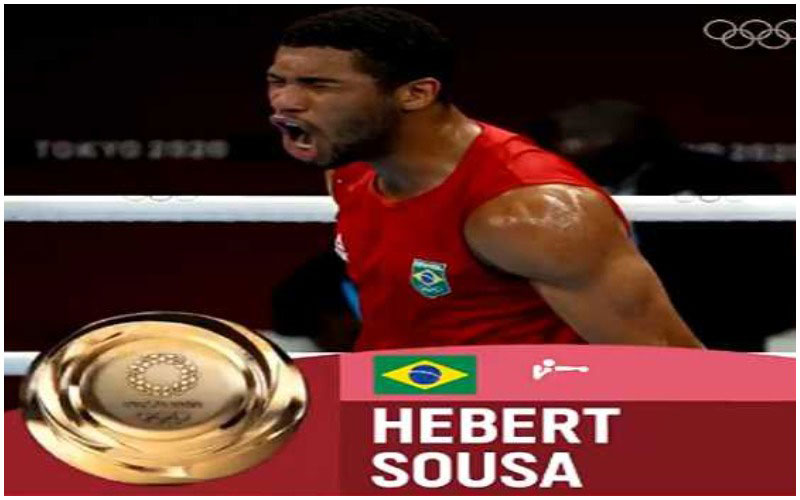 Tokyo/UNI/Xinhua/IBNS: Hebert Sousa of Brazil hit a hard blow to accomplish a knockout victory over top seed Oleksandr Khyzhniak of Ukraine and won Brazil an Olympic gold in the men's middle division on Saturday at the Kokuglkan Arena.

The 23-year-old let out roars after the KO, repeatedly shooting "Brazil" in front of the camera.

This is the first boxing gold for the South American country at Tokyo 2020, following Abner Teixeira's bronze in men's heavy.

An agile and aggressive Khyzhniak earned 10-9 favorable scores from all five judges in the first two rounds but Sousa unleashed a heavy left hook that stumbled Khyzhniak on the ground for one minute and 29 seconds from time.

Khyzhniak after his bout with Brazilian said,"I want to turn this silver into gold. I’ve played him before and I want to face him again."