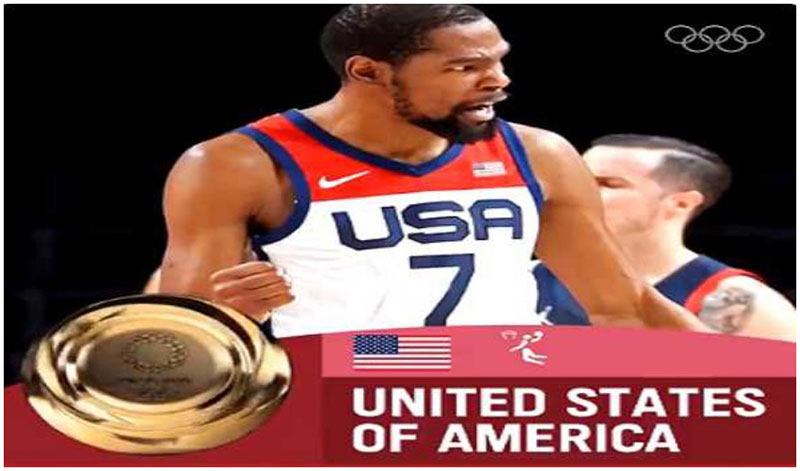 Tokyo/UNI/Xinhua: The United States edged off France 87-82 Saturday to successfully defend the Olympic gold in the men's basketball tournament.

With Kevin Durant's 29 points, the U.S. put back waves of comebacks against France by leading with 14 points, but not before letting France close to three points a couple of times.

The U.S. trailed 12-6 at the beginning after missing the first eight 3-pointers, and Durant's first 3-pointer tied it by 15-15.

Durant, who scored 21 points in the first half,  put his metal to test making the U.S.come ahead by 56-45 with a 3-pointer midway into the third quarter, and he waved and yelled after that shot.

France, which beat the U.S. 83-76 in the opener of the preliminary round, trailed by 14 points, but two consecutive 3-pointers, including a buzzer-beating one from Nicolas Batum cut the lead to 71-63 in the third quarter.

Evan Fournier and Rudy Gobert scored 16 points each for France.