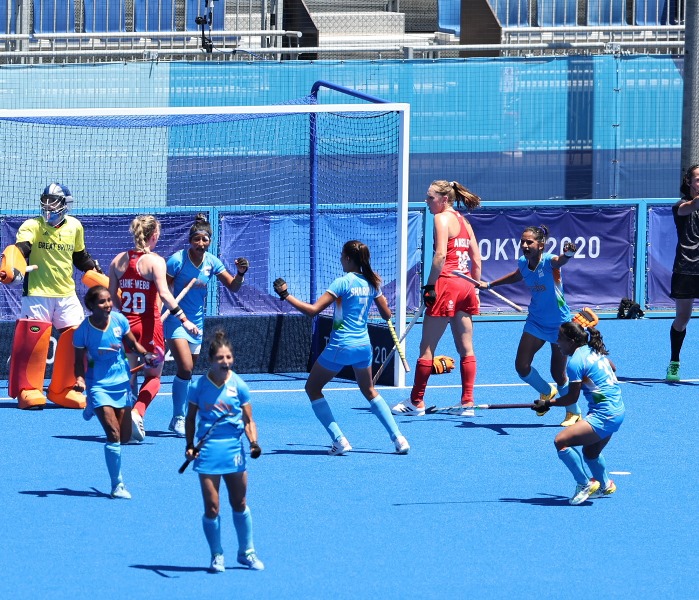 Tokyo/IBNS: Indian eves put up a plucky fight before going down against Great Britain 3 – 4 in the women’s hockey play-off match for the bronze medal at the Olympics Friday.

Indian women fought bravely not only to draw level after being two goals down, they also took the lead for a brief period before the Britishers won the match narrowly to bag the bronze.

Though India had to remain content finishing 4th in this Olympics, they displayed fine grit and courage at this game by reaching the last four stage to be known as a force to reckon with in the international  arena.

After a barren first quarter when both the teams made alternate attacks without success,  the second quarter produced lots of action  resulting in as many as five goals  three of which were scored by India. 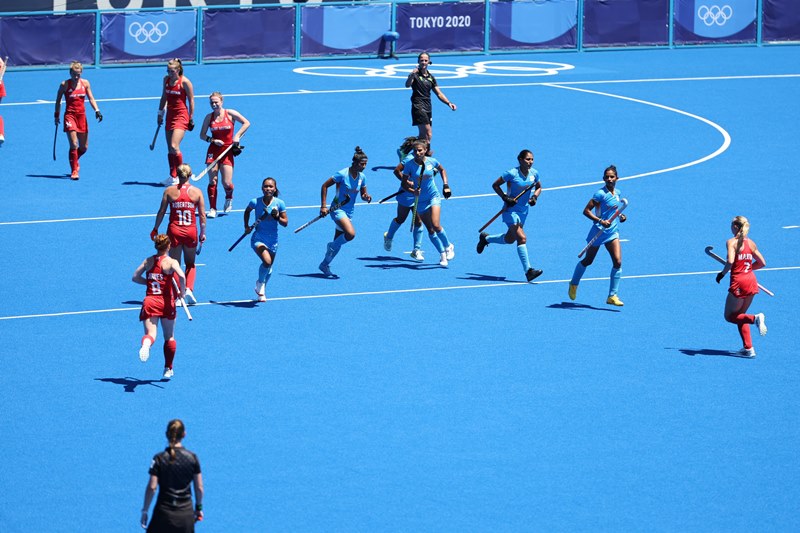 In spite of being two goals down, India made a tremendous fight back as noted drag-flickers converted two penalty corners in the 25th and 26th minute to restore parity for India.( 2 -2).

Inspired after leveling the score India pressed up their attack further and went ahead a minute before the end of second quarter  when Vandana Kataria off a Sushila Chanu pass beat the rival keeper nicely (3 -2). 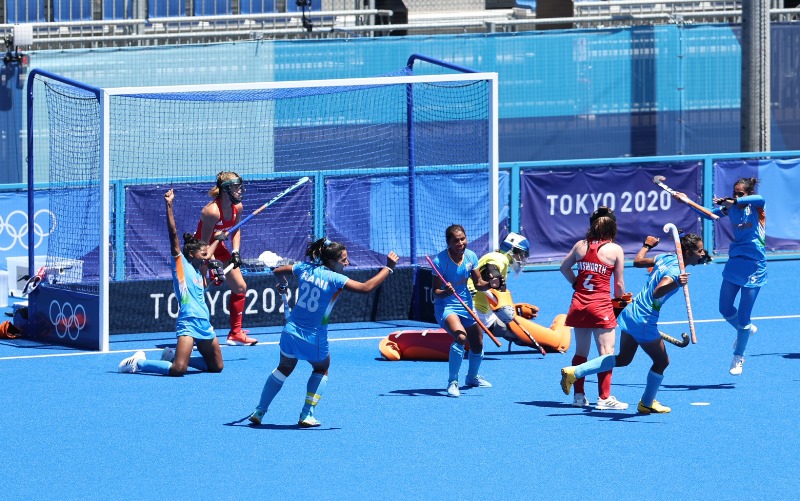 Stung by the reverse, Britishers went all out in the third quarter and managed to draw level through their skipper Hollie Pearne Webb following a melee inside Indian “D” in the 35th minute.

The fourth quarter saw both Great Britain and India making all out attempts and Great Britain had the last laugh when Grace Balsdon scored the winning goal converting a penalty corner in the 48th minute to earn the bronze for their country (3-4).