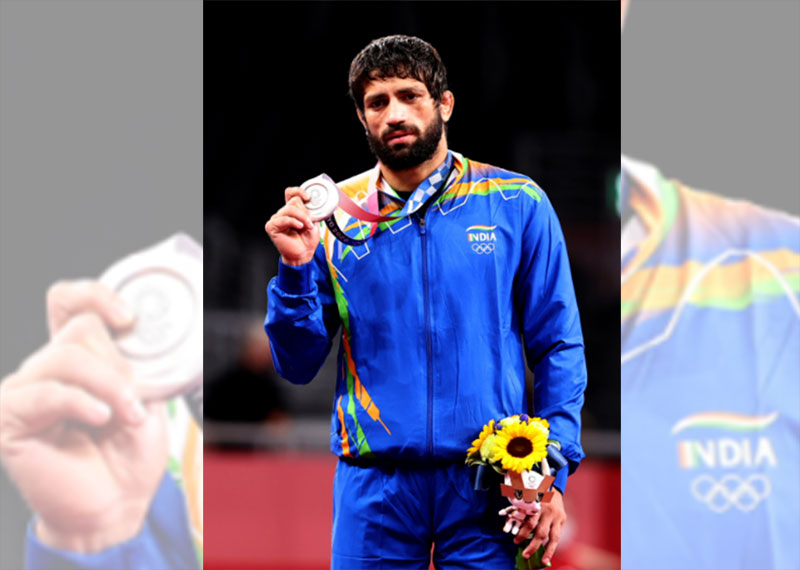 Tokyo/IBNS: Indian grappler Ravi Kumar Dahiya settled for a silver at the ongoing Olympics as he lost the final of 57 kg freestyle wrestling after a keen contest against world champion Zaur Uguev of Russian Olympic Committee (ROC) 4 -7 Thursday.

Ravi who was trailing 0- 2 at the beginning restored parity 2-2 soon before the world champion raced to a 7-2 lead.  The 23 year old Indian fought back to reduce the margin, winning a couple of more points which, however, was not enough as he finally lost the bout 4-7.

Prime Minister Narendra Modi spoke to Ravi Kumar after the final and congratulated him for winning the  silver. 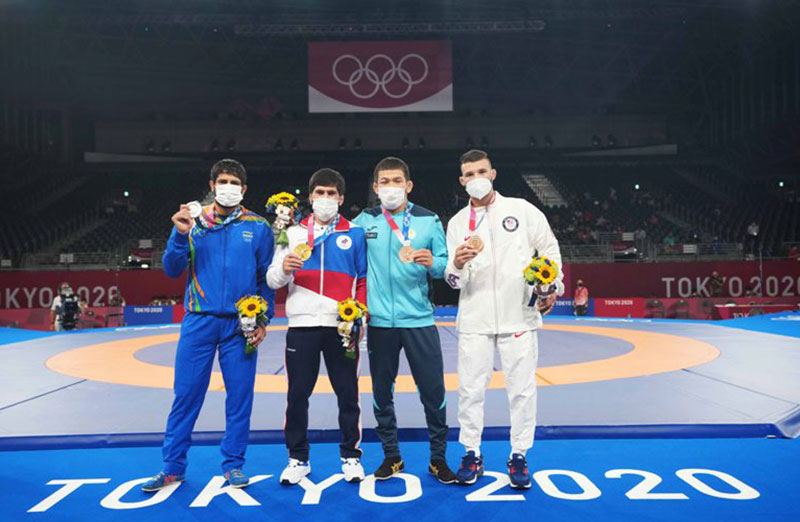 Earlier, wrestler Sushil Kumar also bagged a silver in the London Olympics during 2012.

India’s medal tally in Tokyo Olympics rose to 5 which included a silver by Mirabai Chanu and a  bronze each  by PV Sindhu, Lovlina Borgohain  and the men’s hockey team.