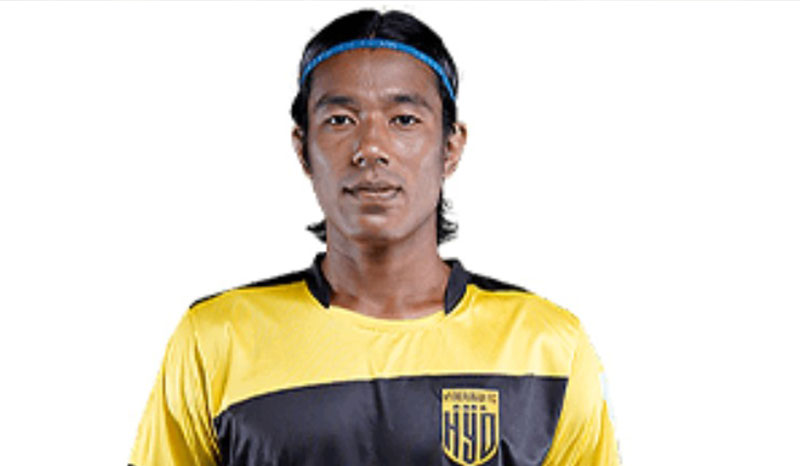 The 24-year-old defender had joined Hyderabad FC in September 2020 and now will play adorn the team's yellow and black jersey till the end of the 2024-25 season.

"Knowing the positive atmosphere at the club, and admiration from the fans that enjoy and love football, it feels great to extend my contract at Hyderabad FC," said an excited Chinglensana, who made 18 consecutive league starts last season.

"I believe that my peak years are ahead of me. So, consistency, sheer determination, and my desire to learn and keep improving to do the best I can for the club and its fans will be there for everyone to see," he added.

Hyderabad Head Coach Manolo Marquez said Konsham, who is popularly known as Sana, fits in well with the team’s style and the experience he gained from the 2020-21 season will help him improve further this season.

"It was easy for me to work with Sana last season. I like centre-backs who are good with the ball and that helps us build our style of play from his position. This is one of his best qualities, but Sana knows that he has to improve in some other aspects," Manolo said.

One of the consistent players for Hyderabad in the 2020-21 ISL campaign, Sana was the leader in clearances and had the best passing accuracy throughout the season. His impressive showing saw him break into the Indian National Team under Coach Igor Stimac, where he made his debut in the friendlies in March, while also featuring in the World Cup qualifiers in June.

"To play for your country is one of the best achievements that you can get as an athlete. After his fantastic season with Hyderabad FC, Sana totally deserved to play with the Blue Tigers. It was not just important for him, but for the club too.

"It was an honour for everyone associated with HFC when Igor Stimac called six players from our club. It means that we are going in the right way with our club’s philosophy. But at the same time, we must not rest on this and continue with our hard work as a club, while being confident in our Indian players," Manolo added.