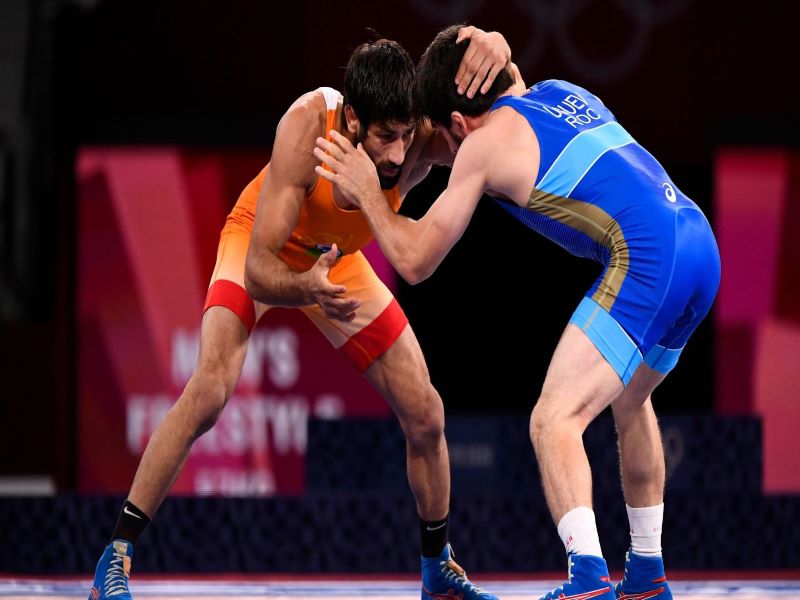 The ROC wrestler clinched the gold medal with a 7-4 win against Dahiya.

Expectations ran high for the 23-year-old Indian to become the youngest Olympic champion but the Russian showed superior techniques to win comfortably.

🇮🇳 wrestler in his debut Olympics wins a Silver Medal at #Tokyo2020 in the Men's freestyle 57kg category!

What a moment. You have made every Indian proud.

At first, Ravi Dahiya lagged 0-2, but bounced back and levelled the score. However, the round finished with Uguev leading 4-2.

Uguev then scored a flurry of points to 7-2 lead. Dahiya made a comeback back with 2 more points but failed to overturn the 3-point gap in the end.

He lost the bout, but gave the Russian a tough fight.