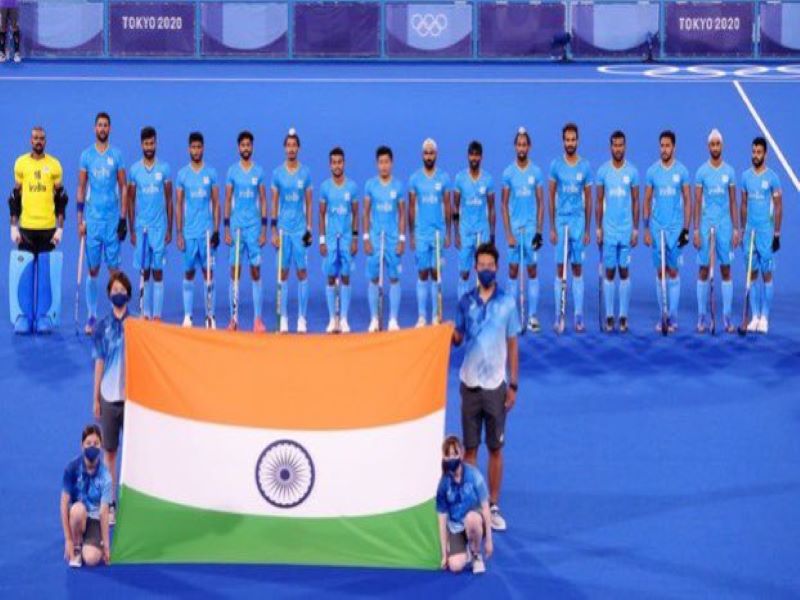 Imphal/UNI: People of Manipur celebrated the Indian men’s hockey team's bronze medal victory in the Tokyo Olympics, ending 41-year medal drought for India in the sport at the Olympics.

The men's hockey team won the bronze medal after a wonderful face-off with Germany to sign off with a 5-4 victory. 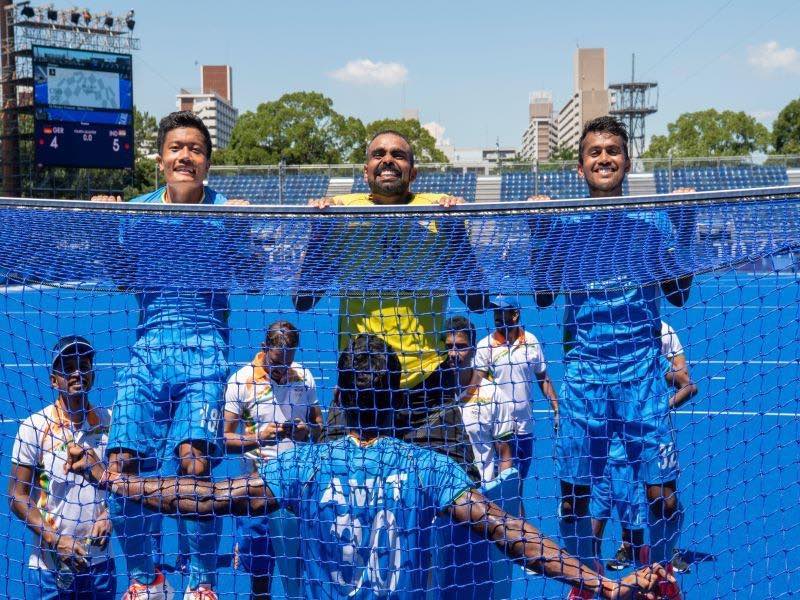 The victory also resulted in the winning of two medals in the Olympics by players from Manipur - Saikhom Mirabai Chanu, who won first silver medal for the Indian contingent, and member of men's hockey team Shanglakpam Nilakanta Sharma.

#WATCH | Manipur: Family members and neighours of hockey player Nilakanta Sharma in Imphal dance as they celebrate the victory of team India in Men's Hockey.

Men and women came out and organized a Thabal Chongba ( Dance in the moonlit night ) which is normally organized during the Holi festival.

Nilakanta, son of Sh Inaocha and Sh (O) Kunjarani, had been a regular face in the Indian squad since 2016.

Chief Minister N Biren said it was, “Such a resounding victory for India’s Men Hockey team is in Tokyo today. Congratulations to our Men in Blue on winning the bronze medal and this historic win will go down in history. The country is really proud of you today.”

Meanwhile, Nilakanta Sharma also shared photographs of the match and the celebrations and expressed happiness and appreciated the people of the state for all the support and prayers during all the matches of Tokyo 2020.

Five players from Manipur are participating in the Olympics.

Chief Minister N Biren today met Olympian Judoka Likmabam in New Delhi. He said although she couldn’t win a medal, her journey to reach this place as the only Indian Judo athlete to represent India in the Olympics will inspire many youths in the country.

I’m happy to meet our Olympian Judoka Sushila Likmabam in Delhi today. Although she couldn’t win a medal, her journey to reach this place as the only Indian Judo athlete to represent India in #Tokyo2020 will inspire many youths in the country. We are really proud of you Sushila. pic.twitter.com/OWzjXURK34