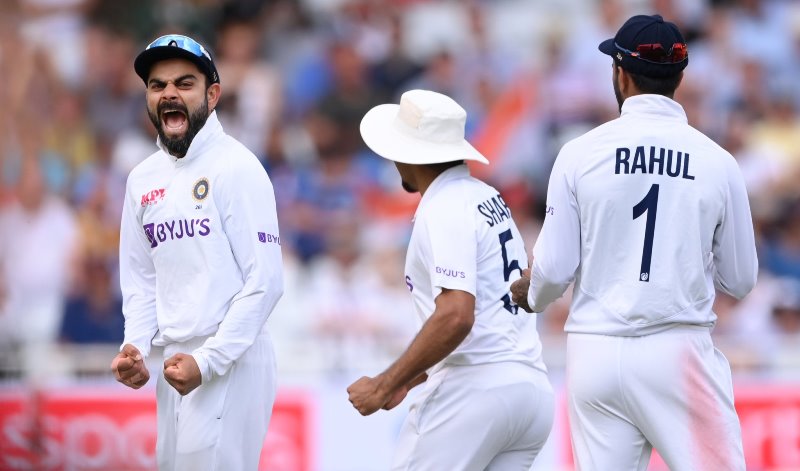 Nottingham/IBNS: Indian openers scored 21 runs without losing their wickets at stumps on day one of the first Test against England, trailing the hosts by 162 runs, here Wednesday.

Rohit Sharma and KL Rahul are both not out at nine runs.

Joe Root was the top scorer for England with his 64-run knock.