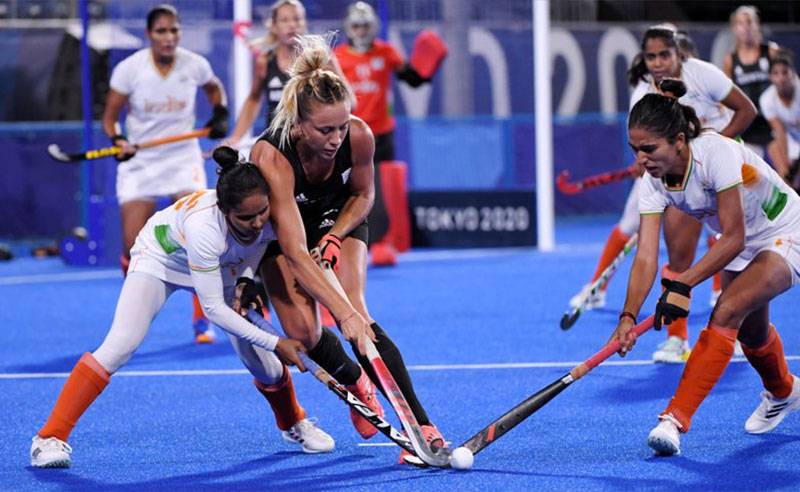 Tokyo/IBNS: Indian eves put up a brave fight before losing to higher rated Argentina by an odd goal in three in the semi final of the Olympic Hockey Wednesday.

After defeating  champions  Australia by a solitary goal  in the pre quarter final, India posted another plucky flight against strong contender  Argentina which, however, was not enough to put them through to the title clash.

India will now meet Great Britain for the bronze in the play off match for third place while  Argentina will take on Netherlands in the final Friday.

Playing the semi final for the first time in the  Olympics, India began promisingly and took the lead in the second minute with drag flicker Gurjit Kaur nicely converting a penalty corner (1 – 0).  Argentina, who went desperate for an equalizer,   drew level  three minutes into the second quarter through their skipper Noel Barrionueveo who converted a penalty corner to restore parity (1 – 1).

Inspiring the whole country, one image at a time. 🇮🇳

Both the teams then made alternate runs without success till midway of the third quarter when Noel struck again in the 36th minute to take Argentina in the title clash.

India in the final quarter came near equalizing in the 50th minute but Monika Malik’s attempt off Navneet Kaur missed the target narrowly.