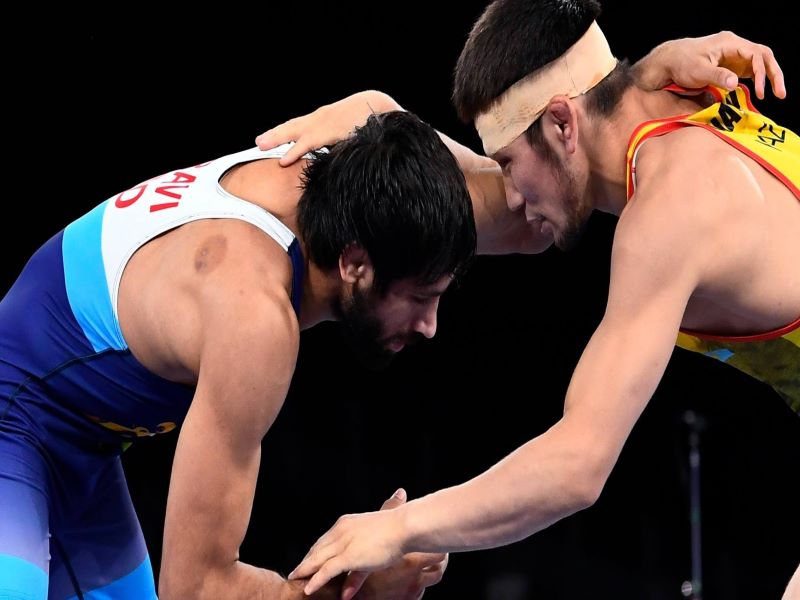 In the first few minutes, Ravi appeared cautious and even lost a point to the Kazakh wrestler for passivity.

He made a comeback and gained two points. But, immediately Nurislam got better of him and scored several points together, after which the score card read 2-9.

At this juncture, Ravi stood the chance of losing the match but managed to stop his opponent just short of two points.

In the next minutes, Ravi made a strong return and overpowered Nurislam in a sheer display of power play.