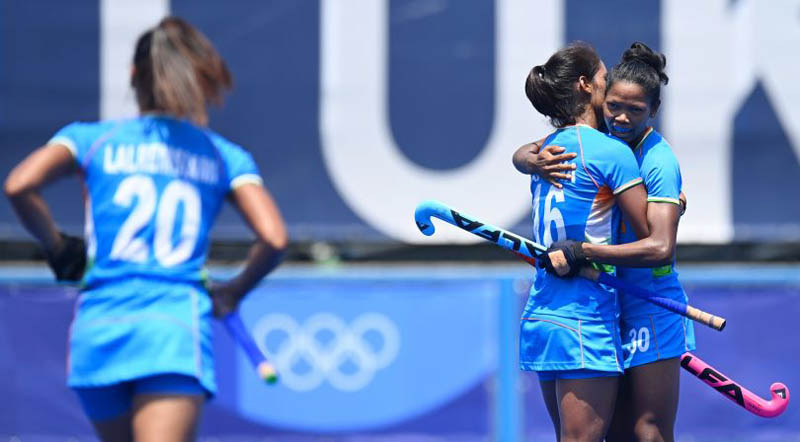 India overcame Ireland in the race to quarterfinals.

The outcome of the Ireland and Great Britain match made all te differences.

Vandana Kataria scored a hattrick including the winning goal to help India win the match.

Earlier in the day, India's national record holder Kamalpreet Kaur booked her place in the final of the women’s discus throw event at the Tokyo Olympics here Saturday.