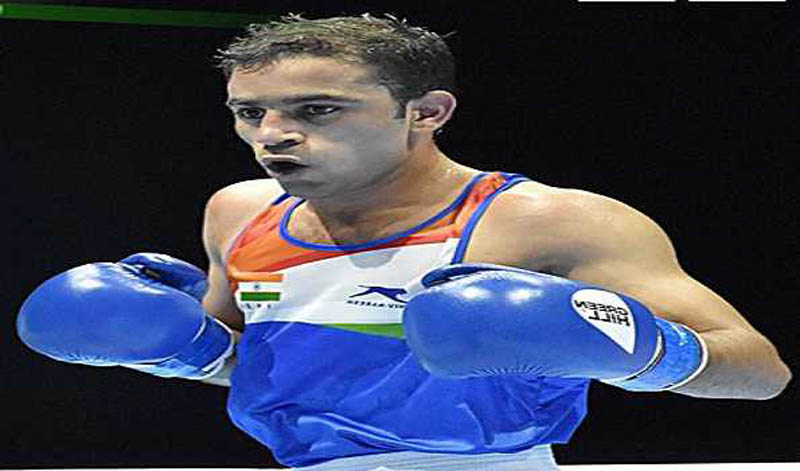 Tokyo/UNI: Indian boxer Amit Panghal lost his round of 16 bout to Yuberjen Martinez of Colombia in the 52kg (flyweight) category and crashed out of the ongoing Tokyo Olympics, here on Saturday.

World No 1 Panghal lost to Rio Silver medalist Martinez in three action packed rounds by a 4:1 split verdict at the Ryogoku Kokugikan arena.

With Amit's loss, four of the five Indian men boxers at the Tokyo Olympics have now made their exit in their respective opening rounds.

Now, only Satish Kumar remains in the fray for India in the super heavyweight division.