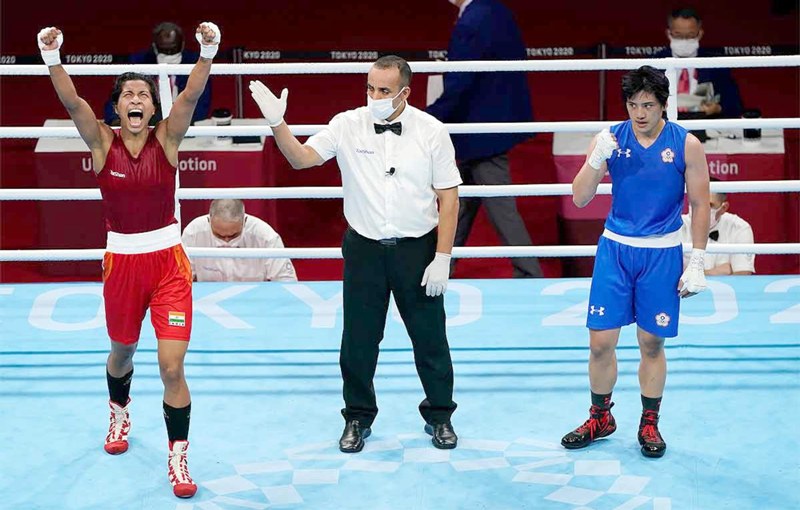 Tokyo/IBNS: Boxer Lovlina Borgohain brought cheers to India as she ensured another medal for the country entering the semi final of Tokyo Olympics Friday.

Twenty-three-year old Lovlina from Golaghat in Assam in her women's quarter final welterweight bout defeated former world champion Nien-Chin Chen from Chinese Taipei by 4-1 verdict. This was a sweet revenge of her earlier three defeats against Chen.

During the last couple of years, Chen beat Lovlina thrice in different meets including  Asian and World championship.

Facing the former  world champion, Lovlina who also bagged a bronze in the 2019 World Championship, went aggressive from the start and dominated the bout for most part of the time.

After the win, Lovlina said: “ I have been planning how to beat her. I played with freedom and enjoyed the fight."

In the semi final, Lovlina will take on reigning champion Busenaz Surmeneli from Turkey.