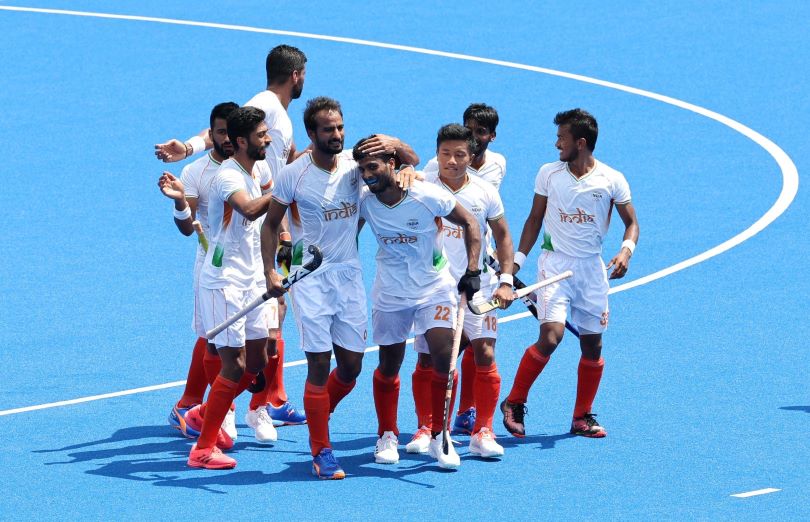 Tokyo/IBNS: Indian men sealed their berth in the quarter finals of the Olympic hockey outplaying champions Argentina 3-1 in their penultimate league match from pool A  Thursday.

Two minutes before the hooter, Vivek Sagar Prasad and Harmanpreet Singh struck to force a 3-1 victory.

With three wins, India are now at the second spot in their pool behind league leader Australia.

India earlier defeated New Zealand 3-2 and lost to Australia 1-7 before defeating Spain in their last match 3-0.

India will play their last league match from pool A against hosts Japan Friday.

Like the match against Spain, India combined well and dominated the proceedings most of the time.

The Indian midfield also performed well providing support to the upfront and falling back in time to thwart rival attacks.

India went into attack right after the beginning and made a series of raids without success. India came close to scoring in the 27th minute but Simranjeet Singh’s fine attempt went over narrowly.

Argentina also had a chance a couple of minutes later. But alert Indian keeper PR Sreejesh held his fort well.

The lead was however short lived  as the beginning of fourth quarter saw Argentina restoring parity with Casella converting a penalty corner neatly (1 -1) in the 48th minute.

India made all out raids during the rest of the period and scored two more goals during the last two minute.

While Vivek Kumar tapped in a rebound after Dilpreet Singh’s attempt was saved by Argentinian keeper Vivaldi in the 58th minute (2-1), Harmanpreet Singh accurately converted a penalty corner just a minute before close (3-1).