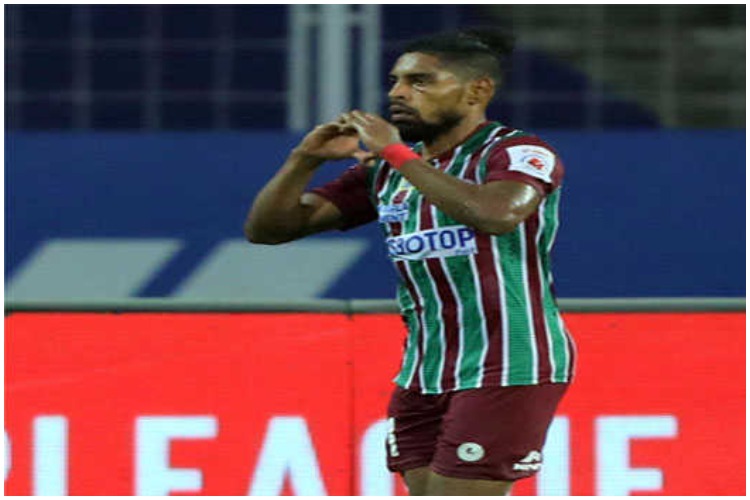 Roy Krishna, who had become the heartthrob of ATK Mohun Bagan supporters, is said to have displayed the best of his skills for the last two years.

After coming to Kolkata for the first time, he scored fifteen goals. Last season, Krishna scored 22 goals in 23 matches and won the Golden Ball award for the best footballer in the Indian Super League.

"The love of members and supporters of the club and the people of Kolkata has made India my second home," Roy said.

"Nevertheless, I was a little hesitant to come here because of the covid situation. But after the club management assured me and my family of safety, I signed the new contract. I thank Sanjiv Goenka, the principal owner of ATK MB and his team for putting their trust in me. The members and supporters of the club always inspired and supported me virtually in many ways. I am overwhelmed by the way the Green-Maroon supporters have honoured my work from day one,” he added.

Roy said, "I will play under the coaching of Antonio Habas for three years in a row now. This is a good aspect because we have known each other for a long. It shows the foresightedness of the club management. They respect our hard work. Like last time, Coach and all of us will work together again.


"For the first time in my life, I will play in the AFC Cup. All the teams will be well prepared for this tournament. We will also try our best to win all the matches. Our goal will be to go to the next round. I am hopeful to join the club’s practice very soon and give my best in the Maldives."

The striker also remained affirmative on being able to keep himself fit at home even though the bad situation in his home nation Fiji prevails through the influx in the number of Covid infected people and death on the rise.