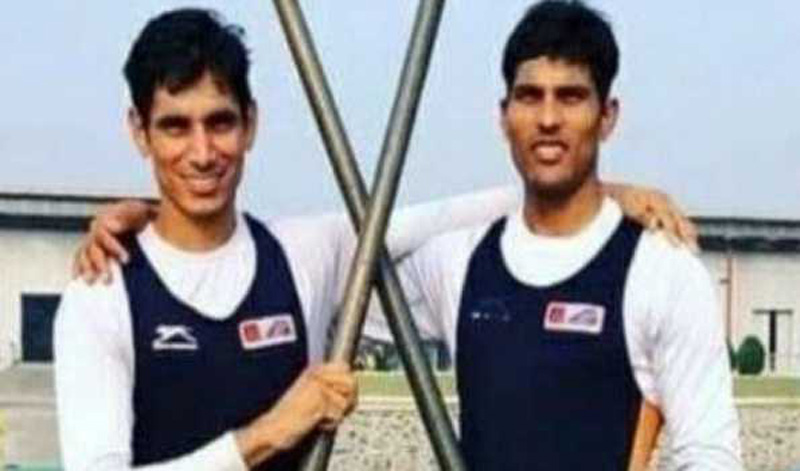 Tokyo Olympics 2020: Indian rowers fail to qualify for medal round

Tokyo/UNI: The Indian rowing team of Arjun Lal Jat and Arvind Singh failed to make it to the medal race of the men's lightweight double sculls event after finishing sixth in the semi-final at the ongoing Tokyo Olympics, here on Wednesday.

The Indian duo finished at the bottom of the six-boat race with a time of 6:24.41 despite making a strong start and staying in contention for most parts of the race at the Sea Forest Waterway.

Both, Arjun and Arvind will now compete in Final ‘B’ on Thursday to determine their ranking at the Tokyo Olympics.

Fintan McCarthy and Paul O’donovan of Ireland clocked a new world best time of 6:05.33 to win the race while Italy’s Stefano Oppo and Pietro Ruta finished second in 6:07.70. Belgium’s Niels van Zandweghe and Tim Brys came in third with a timing of 6:13.07.

The top three teams move into the medal round of Final 'A' which will take place on Thursday.