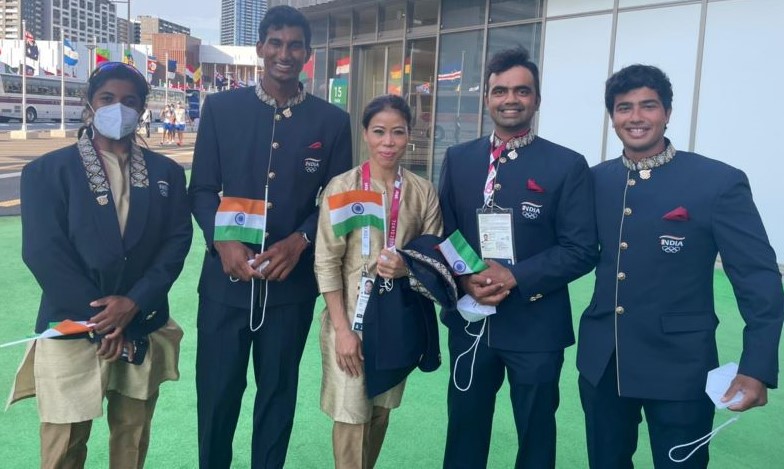 New Delhi/IBNS: The government has said that the athletes, officials and media returning to the country from Tokyo Olympics will not be required to produce RT-PCR negative test reports for COVID-19 before boarding the returning flight from the Japanese capital.

The decision was intimated in a letter by Lav Agarwal, Joint Secretary in the Ministry of Health and Family Welfare after the Indian Olympic President Narinder Batra made a request for the same.

However, only those individuals will be allowed to board the flight who have negative RT-PCR results and are asymptomatic, the Heal Ministry said.

According to media reports, the Health Ministry letter communication to Sports Ministry stated: "The delegation will, however, have to be retested on arrival and would be allowed to leave the Airport after giving the samples with the condition that they will be required to undertake self-monitoring of their health for 14 days."

However, Batra wrote to Sports Secretary Ravi Mittal,"Our humble request... is to allow the athletes, officials, IOA delegates, NSF officials/delegates and the media, who are coming back from Tokyo and have an accreditation card based on which Japan allowed them entry into Japan, be allowed to enter back in India without RT PCR test and report."

"You are very well aware that all athletes, all officials (IOA and NSF) are: 1. Double Vaccinated, 2. Took 2 RT PCR tests before departure to Tokyo, 3. Every member of the contingent, delegate from IOA & NSFs are being tested in Tokyo everyday for Covid with Sylvia test till each individual's departure back to India," he said.

"To get RTPCR test done in Tokyo or outside Tokyo where contingent is based is a very difficult task. Here paper work is perfect but in practice there is lot of confusion and very difficult to get things."

He also wrote to Indian governmnet to request the Japanese government to exempt the Indian contingent from undergoing COVID-19 test as a requisite for boarding the flight back to India.

He informed that Indian teams will be returning in from Japan are Air India, Vistara, All Nippon Airlines and Japan Airlines.

"Information is also requested to be made aware to all the four Airlines to allow all ...to board the flight, without RT-PCR test & report."