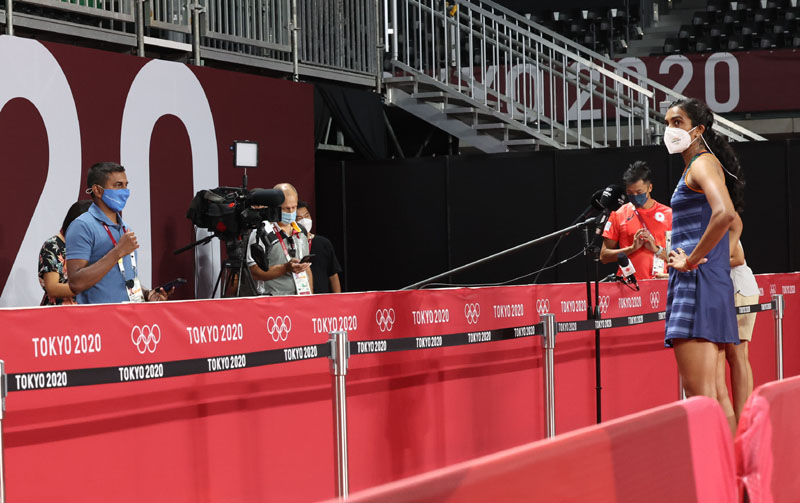 Sindhu, the reigning world champion, dominated the show all through and defeated Polykerpova in straight sets of 21-7 and 21-10.

In the next round, Sindhu will take on world number 34 Cheung Ngan Yi from Hong Kong.

Monika Batra  Won Her 2nd Round Match against  Pesotska  From Ukraine

India’s Table Tennis player Monika Batra came from behind to edge past Margaryta Pesotska from Ukraine in a seven-game thriller.

The second-round match of the women's singles event lasted for about an hour.

After losing the first two sets cheaply by giving away negative points at the identical score of 4-11, Monika pulled up her socks and showed fine determination to restored parity.

The Indian paddler gets the better of Ukraine's Margaryta Pesotska 4-3 as she comes from behind to seal a spot in the next round. Here's the final point 👇#BestOfTokyo | #Olympics | #StrongerTogether | #Tokyo2020 pic.twitter.com/nJES9xb4jC

Monicka, who netted her returns while her shots went wide in th first two sets and then corrected her mistakes and won the third set 11-6 and fourth one at 12-10 to keep her hopes alive.

The fifth set saw Monika losing her concentration and the Ukranian went ahead winning the set 11-8.

In the decider, both started cautiously but  Monika with her fine back hand and occasional forehand smash forced a  4-1 and 9-3 lead soon.

Though, Pesstska tried to put up some fight but succumbed to Indian rival’s superiority.

Monica won the decider 11-7 to move to the next round of the competition.