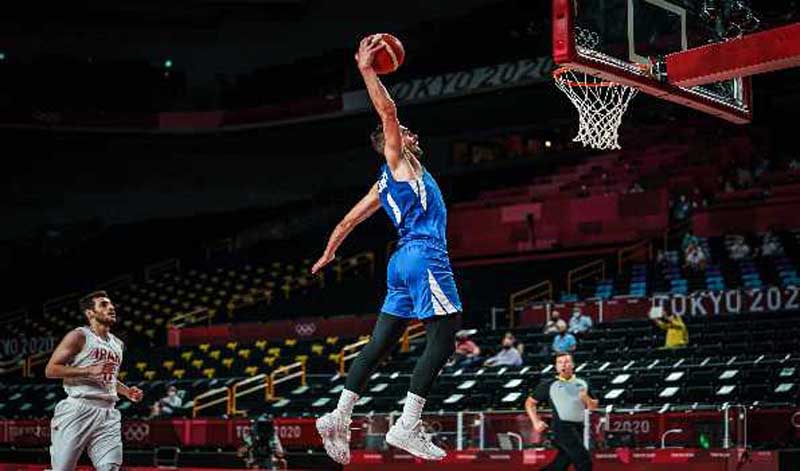 Tokyo/UNI/Xinhua: The Czech Republic held off a strong fourth quarter comeback from Iran to enjoy a 84-78 win in the first game of the Olympic men's basketball tournament here on Sunday.

"First half we don't play well. Second half we changed a little the defence into a zone and we try to come back in the game and we make some fast breaks," said Hamed Haddadi after the game.

Czech Republic entered the fourth quarter with a 21-point advantage before Iran took a 12-0 run and cut the deficit to four points with less than a minute to go. But Blake Schilb scored on each of the next two Czech possessions to put the winning margin back up to six.

Behnam Yakhchali had a game-high 23 points for Iran. Mohammad Jamshidi contributed 16 points and Hamed Haddadi finished with 15 points and 10 rebounds before fouling out late in the fourth quarter.

Iran will play against the United States and the Czech Republic will face France in Group A matchups on Wednesday.