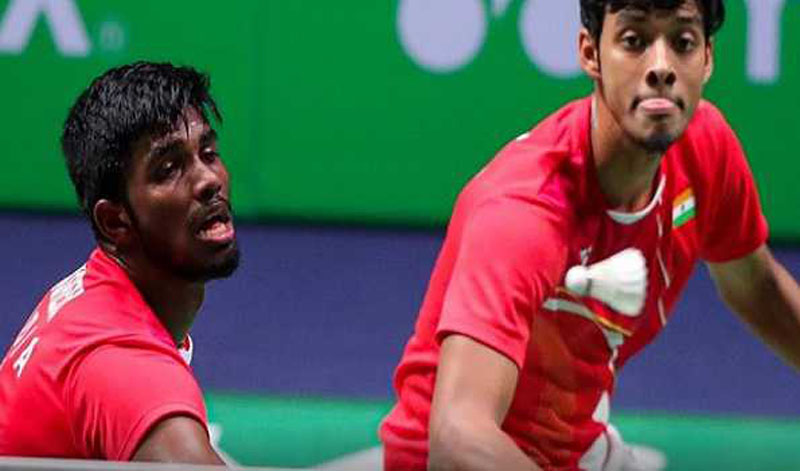 Tokyo/UNI: The Indian men's doubles pair of Chirag Shetty and Satwiksairaj Rankireddy registered a stunning win over higher-ranked Chinese Taipei pair of Lee Yang and Wang Chi-lin in their first Group A badminton match at the Tokyo Olympics, here on Saturday.

Top seeds Marcus Fernaldi Gideon and Kevin Sanjaya Sukamuljo of Indonesia, and Ben Lane and Sean Vendy of Great Britain are the other pairs in the Indians' group.

The top two teams from the group will advance to the quarter-finals. Chirag and Satwik will face the Indonesians next on Monday.

Earlier in the day, B Sai Praneeth suffered an upset defeat against world No 47 Misha Zilberman of Israel.

Praneeth lost his first Group D match in straight games 21-17, 21-15 to Zilberman. The loss gave a severe blow to Praneeth's chances of making it out of the group stages of the men’s badminton competition at the Tokyo Olympics.

Praneeth, a 2019 World Championship bronze medallist, will take on Mark Caljouw of Netherlands in his second and final group match.

The shuttler who tops the round-robin group will progress to the Round of 16.