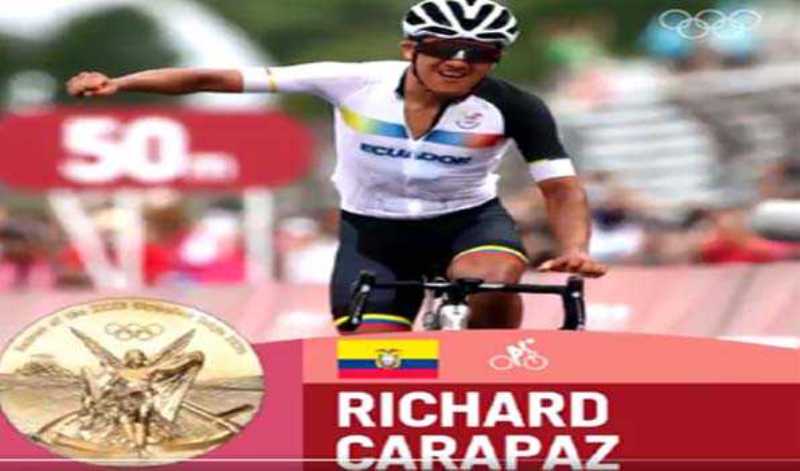 Demonstrating extreme endurance, Carapaz dashed out in the last two kilometres to clock a winning time of six hours five minutes and 26 seconds for the glory.

The route for the Tokyo Olympic men's cycling road race is 234 kilometers in length as it begins in Tokyo's Musashinonomori Park and ends at the Fuji International Speedway in the Shizuoka Prefecture, and 128 cyclists competed in the race.