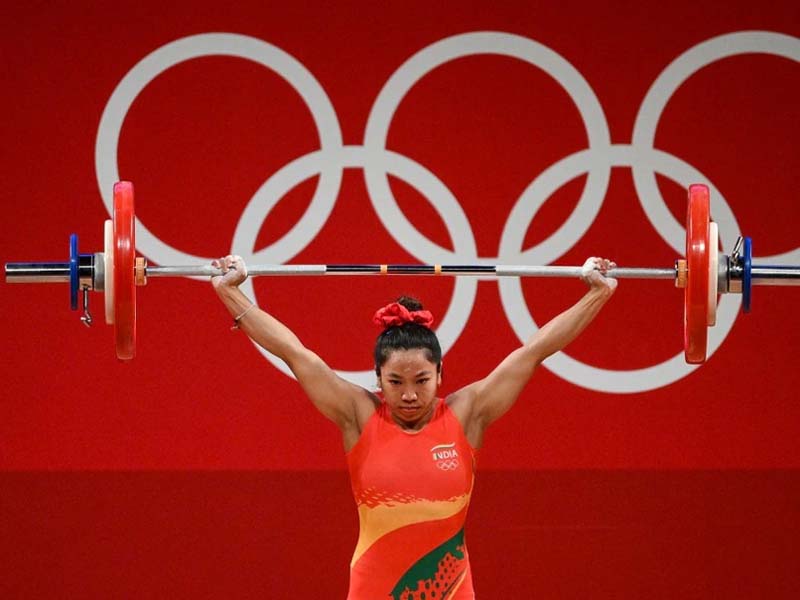 Tokyo/IBNS: Weightlifter Mirabai Chanu excelled where it mattered most and won the silver medal to start India's campaign in auspicious note on the opening day of the competition in the 2020 Tokyo Olympic games in women's 49 kg category Saturday morning.

Zhihui of China bagged the gold while Aiusha Kantika from Indonesia took the bronze.

Displaying tremendous grit and determination, Chanu, who returned empty handed in last Olympic games at Rio and was the lone Indian lifter in this Olympics, rose to the occasion and earned the silver with a total lift of 202 kgs (87 kg clean and jerk and 115 in snatch) clinched the.

That's how you go into the history books! 🙌

Earlier in 2000 at the Sydney Olympics, India's Karnam Malleswari won a bronze in women's 59 kg category.

This was the first time that India won a medal on the opening day of the competition since they took part in the Olympics since 2000.

Chanu after winning the medal said, "I am very. I have been dreaming of this day for the last five years. I am proud of myself. I did try for gold but even a silver is a great achievement for me".

Modi tweeted, "Could not have asked for a happier start to @Tokyo2020! India is elated by @mirabai_chanu’s stupendous performance. Congratulations to her for winning the Silver medal in weightlifting. Her success motivates every Indian."

Could not have asked for a happier start to @Tokyo2020! India is elated by @mirabai_chanu’s stupendous performance. Congratulations to her for winning the Silver medal in weightlifting. Her success motivates every Indian. #Cheer4India #Tokyo2020 pic.twitter.com/B6uJtDlaJo

India 🇮🇳 is so proud of you Mira !#TeamIndia #Tokyo2020 pic.twitter.com/QSqI7XTHbV

In tennis also, Sumit Nagal won his first round match in the men's singles defeating Denis Istomin of Uzbekistan in three sets .6-4, 6-7(6) and 6-4.

However in hooting archery, India failed to make any impact Saturday as hot favourite Sourav Chowdhury could not make a podium finish in 10m air pistol while archeries Deepika Kumari and Pravin Yadav made their exit in the mixed pair event losing to top ranked South Africa in the quarter final.