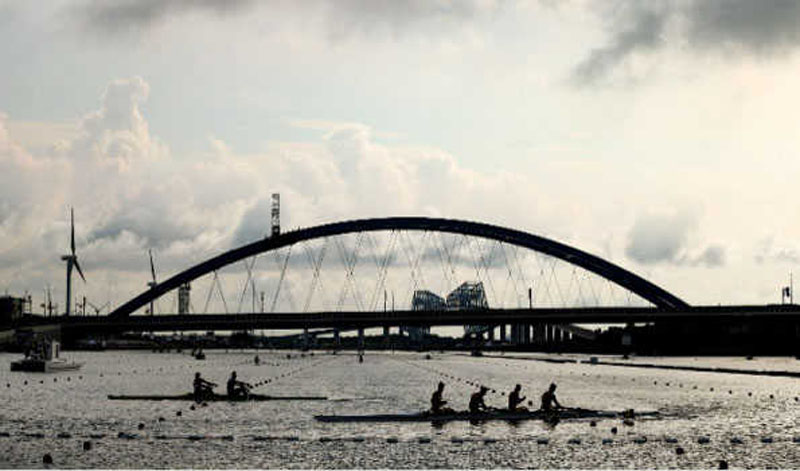 Only the women's quadruple sculls faltered and consigned themselves to a repechage.

Perhaps the most impressive New Zealander was Emma Twigg, competing in her fourth Olympics. Twigg led all the way in her heat and won in seven minutes and 35.22 seconds, nearly four seconds ahead of second-placed Anna Souwer of the Netherlands, followed by Jovana Arsic of Serbia. She looked as good as anyone going into the quarterfinals.

Twigg, 34, has had a wonderful career that includes a world title and four other world championship medals. At the Olympics, she has finished ninth in Beijing in 2008, fourth in London in 2012 and fourth again in Rio de Janeiro in 2016.

"It was a nice start today," she said. "It's been a long time coming."

Twigg was pleased with her form but noted that no one shows their cards in the early races of a competition. "I certainly wasn't right on the limit, but it was good to get on to the water."

She said she'd been lifted by all the messages of support from home. "It emphasises what a special occasion this is."

The reigning Olympic men's single sculls champion is another New Zealander, Mahe Drysdale, who won in 2012 and 2016. Parry finished a comfortable second in his heat, good enough to avoid the repechage. He was well behind Greek flyer Stefanos Ntouskos but looked to have plenty in hand as he set his sights on the quarterfinals.

New Zealand men's double scullers Jack Lopas and Chris Harris were third in their heat in 6:11.22, holding out Ireland to ensure themselves a semifinal berth.

Women's double scullers Brooke Donoghue and Hannah Osborne started well in an event in which New Zealand has shone - the Evers-Swindell twins won the double sculls gold medal in 2004 and 2008.

Donoghue and Osborne won well in 6:53.62, from the United States and France. It was a performance that had rowing experts nodding with approval and eagerly awaiting the semifinals.