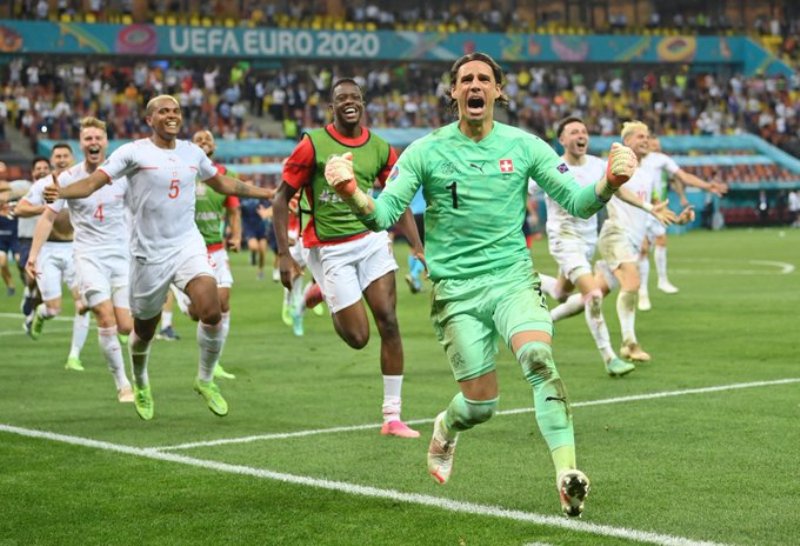 Bucharest/UNI: Switzerland defeated world Champions France 5-4 in the penalty shootout to book a place for themselves in the quarter finals of Euro 2020.

The memorable match remained at a 3-3 score line at the end of 90 minutes, penalty shootout took place as extra time remained goalless.

The Swiss side showed a great deal of character to enforce an extra time as they were trailing 3-1 with just 9 minutes to go for the whistle.

Seferovic scored his second goal of the match in the 81'st minute to raise the hopes of the Swiss fans. Gavranovic through his 90th ' minute strike send the Swiss fans into ecstasy, as the French fans were left stunned.

Switzerland overcame the French in the penalty shootout 5-4 as star striker Kylian Mbappe was the only one who missed.