Kolkata/IBNS: With in-person training hampered by the pandemic, Karate-Do Association of Bengal (KAB) has been holding Kata and Kumite training webinars led by world class coaches and players for their members and others.

The digital solution has been largely initiated by Hanshi Premjit Sen, President of Karate-Do Association of Bengal and supported by former National Kata Champion, Kyoshi Joydeb Mondal, who is the General Secretary of KAB.

The Kumite Training session was inaugurated by Hanshi Bharat Sharma (Mentor, Karate India Organisation or KIO) and was conducted by KAB under the auspices of KIO. 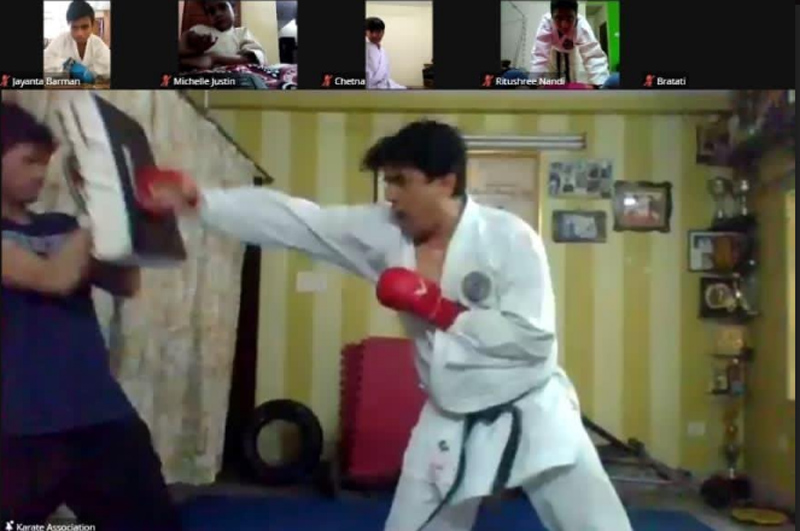 Sensei Masoud Rahnama, an ex-member of the Technical Committee of World Karate Federation (WKF), was also the successful coach of the Iran National Karate Team for the Asian Games in 2010 (Gold Medal) and 2014 (Silver Medal).

The Kata Training session conducted by world champion, Sensei Luka Valdesi of Italy, was organized by the Valdesi Karate Academy.

Sensei Luka Valdesi, currently a Member of WKF Competition Rules Commission, is a former Gold medallist in the World Games, and the World Champion in 2004, 2006, 2008 and 2010 in Kata.

The Karate-Do Association of Bengal, which does not charge any participation fee, said more such online training sessions will be held in the coming months.