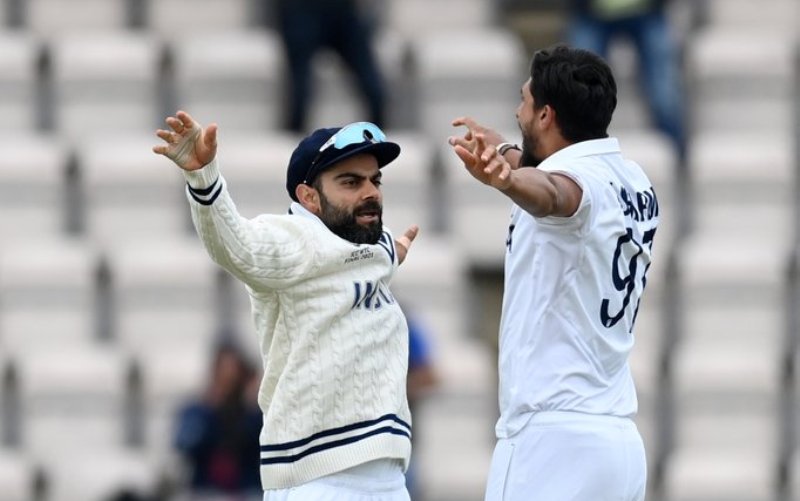 Southampton: New Zealand batsmen took a slender but significant lead of 32 runs against India as they were bowled for 249 runs in the first innings of the World Test Championship final here on Tuesday.

The test match continued to be affected by rain even this morning as the proceedings started late due to downpour.

Indian bowlers came into the park with a purpose in their minds and kept picking up wickets at regular intervals to put some pressure on opponents.

Kane Williamson played a crucial innings of 49 runs where he hit six boundaries.

On the other end, Tim Southee scored quick-fire 30 runs that helped New Zealand take the lead at the end.

India were bowled out for 217 runs in the first innings.

Mohammed Shami picked up four wickets in the innings.