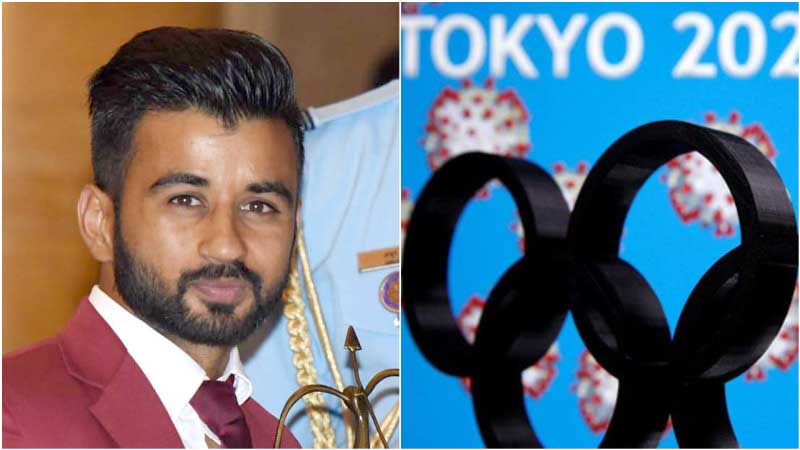 New Delhi/UNI: India on Tuesday named incumbent Manpreet Singh as the captain of the men's hockey team for the upcoming Tokyo Olympics, to be held from July 23 to August 8.

India had last week announced a 16-member team for the Tokyo Games but refrained from naming the captain although it was more or less certain that Manpreet would lead the men's side.

"This Olympics will be truly special, and I am humbled to have this opportunity of representing India at the Olympics for the third time, this time as team Captain. It is a very proud moment for me to be given this charge,'' Manpreet said in a statement issued by Hockey India.

''Over these past few years, we have developed a strong leadership group and have successfully overcome the challenges posed by the pandemic to not drop our form and keep our minds and fitness focused towards doing well at the Olympics,'' he added.

Under Manpreet's captaincy, the Indian team over the past four years have achieved important milestones including winning the Asia Cup in 2017, claiming the Asian Champions Trophy in 2018 as well winning the FIH Series Final in 2019.

India also reached the quarterfinals of the 2018 World Cup in Bhubaneswar and performed exceedingly well in the FIH Hockey Pro League under Manpreet before the COVID-19 pandemic disrupted the schedule.

This will be Manpreet's third Olympic Games and under his leadership, the team has also improved its world ranking to the No 4 spot right now.

Meanwhile, experienced defenders Birendra Lakra and Harmanpreet Singh, who are also part of the team's leadership group, have been selected for the vice captain's role.

Birendra is a veteran defender who was also part of the London Olympic Games but sadly missed playing in Rio owing to a major knee surgery in 2016. But since his return to the squad following the brief break due to injury, he has only grown in his performance and has been resolute in his role in the team.

On the other hand, Harmanpreet Singh since his senior India debut in 2015 has grown in his role as a dragflicker and defender. In the absence of skipper Manpreet in 2019, Harmanpreet led the Indian team to a win at the FIH Olympic Test event in Tokyo.

Congratulating the three players, Chief Coach Graham Reid said, "All three players have been an integral part of the team's leadership over these past couple of years and have shown a lot of maturity in guiding the youngsters during these challenging times.

Naming two Vice Captains we believe will also strengthen our leadership in what is going to be a demanding tournament. We are confident that together they will guide the team to success.''

India will begin their Olympic campaign on July 24 when they take on New Zealand in their first Pool stage match.