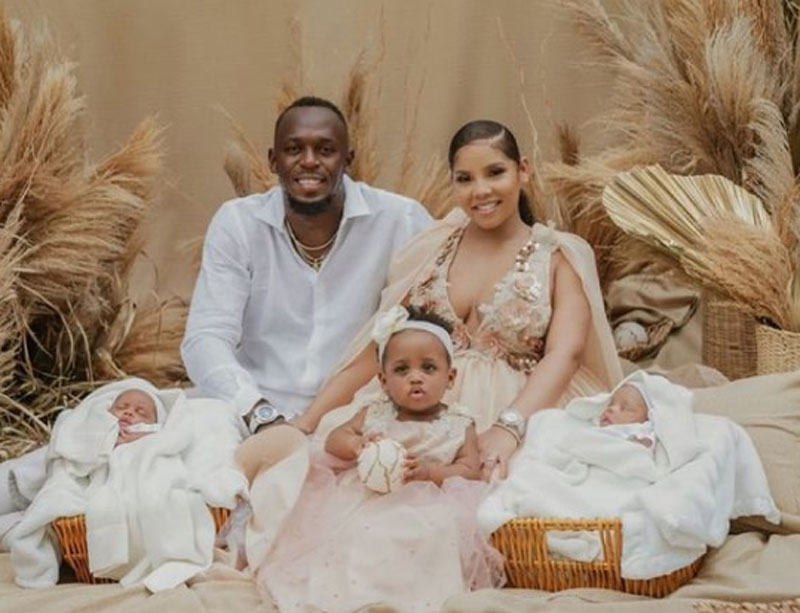 The twins have been named Thunder Bolt and Saint Leo Bolt.

His girlfriend also posted her family's photo and wrote, “Happy Father’s Day to my forever love! @usainbolt You are the rock of this family and the greatest daddy to our little ones. We love you world without end!”

However, the couple did not disclose when the twins were born. The duo has a daughter named Olympic Lightning Bolt who was born in May 2020.

He also holds the world records for 100 metres and 200 metres race.

He is the only sprinter to win the 100m and 200m double at three consecutive Olympics.