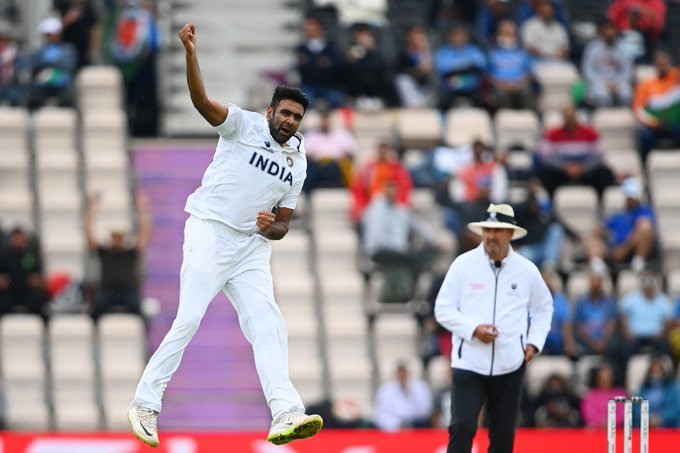 Southampton: Devon Conway (54) and  Tom Latham (30) added 70 runs in the first wicket partnership as New Zealand added 101 runs for the loss of two wickets at the end of the third day of the World Test Championship against India here on Sunday.

R Ashwin and Ishant Sharma picked up two wickets to give New Zealand a late jolt and helped Virat Kohli and his men return back to the game.

Conway continued his strong form and slammed six boundaries in his innings.

New Zealad bowled out India for 217 runs in the first innings of the World Test Championship final here on Sunday.

Kyle Jamieson destroyed Virat Kohli and his men as he picked up five wickets by giving away 31 runs.

New Zealand bowlers came back sharply on Sunday morning and picked up wickets at regular intervals to end India's hope of reaching 250 runs.

Virat Kohli contributed 44 runs but was dismissed early in the morning, which gave India an initial jolt.

Trent Boult and Wegner took two wickets each while Trent Boult picked up one for Kiwis.