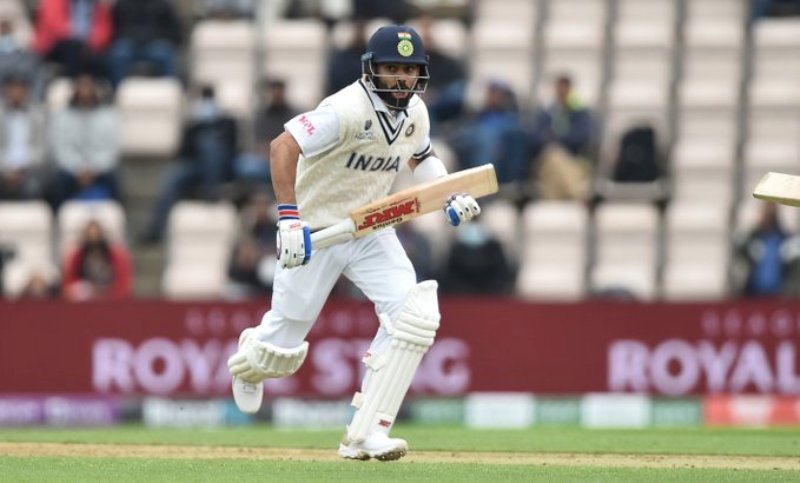 Southampton/UNI: India were 146 for 3 when bad light forced to stop the proceedings of the second day of the World Test Championship final against New Zealand, here on Saturday.

At the end of the proceedings, Virat Kohli (44 batting) and Ajinkya Rahane (29 batting) were at the crease, when early tea was taken due to bad light.

India lost the wicket of Pujara (8) in the second session of the day.

Pujara was dismissed by an inswinger from Trent Boult.

Earlier in the first session, Rohit Sharma (34 off 68 balls) and Shubman Gill (28 off 64 balls) gave India a fine start and added 62 for the opening stand before Kyle Jamieson and Neil Wagner got rid of them in quick succession.