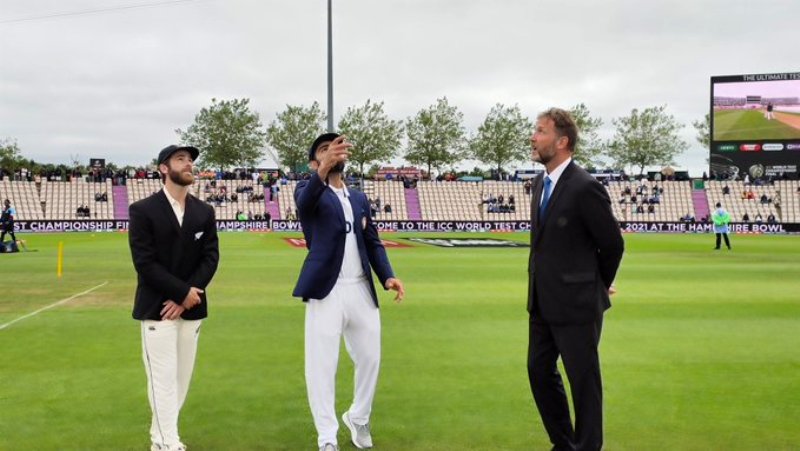 Southampton/UNI: New Zealand captain Kane Williamson won the toss and opted to bowl first against India on Day 2 of the World Test Championship final at the Ageas Bowl, here on Saturday.

On the other hand, India stuck to their playing XI which was announced on Thursday.

The first day was washed out due to rain and bad weather.