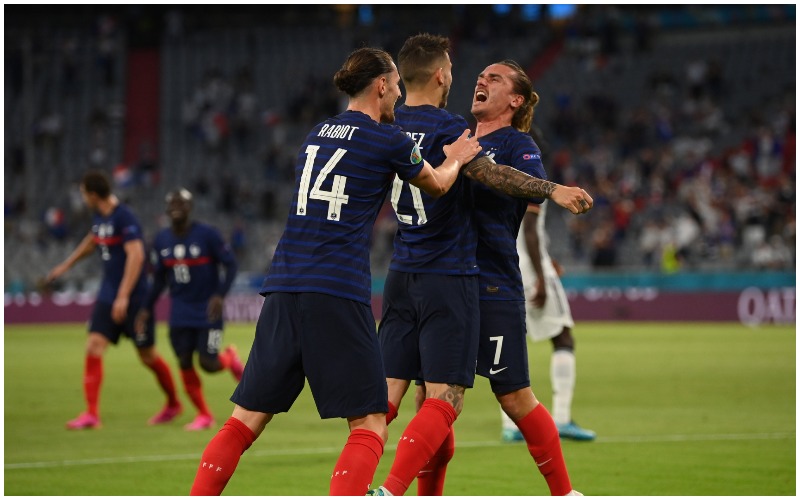 Munich/IBNS: France powered through its match against Germany after Mats Hummel, the German center-back, scored an own goal at the 20th minute of their match.

France and Germany both showed grit and class until luck favoured the world champions to bolster with an immediate success in their next match.

It's almost a goal moments were higher on France's side, with Karim Benzema and the young Kylian Mbappe evading the goalie to only have the attempts being ruled offside.

Germany will have a chance at redemption against the Portugal squad led by Cristiano Ronaldo.

France stands at a second on goal difference in its table behind Portugal, post their 3-0 win over Hungary in Budapest.

Portugal had many reasons to celebrate their victory, after being reported as the only one to appear in five Euro championships; he also came through scoring a double.

Raphael Guerreiro scored the other goal giving his team a comfortable lead against the Hungarians.