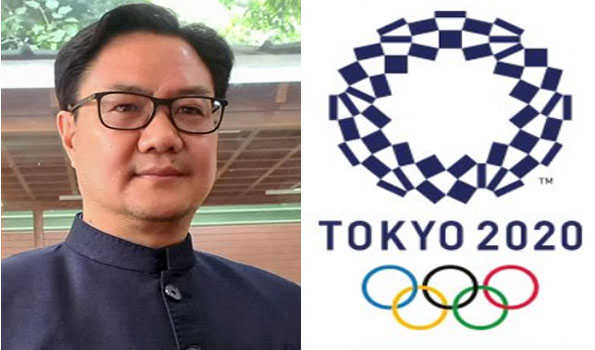 New Delhi/UNI: The Sports Ministry on Friday said it has decided against sending its delegation to Tokyo Olympics, to accommodate maximum support staff such as coaches, doctors and physios to optimize the performance of the athletes competing in the multi-sport extravaganza.

Around 190 members, including over 100 athletes are expected to be a part of the Tokyo Olympics, scheduled to be held from July 23 to August 8.

'The Ministry has decided to depute maximum additional support staff such as coaches, doctors, physiotherapists, to optimize the performance of the athletes,' the Sports Ministry said in a statement.

'Visit of any person other than athletes, coaches and support staff will be taken up only if there is any protocol requirement. In the light of the arrangement, it has been decided not to have any Ministry delegation for the Tokyo Olympics,' it added.

Notably, the Japanese government had put restrictions on the staff accompanying the foreign ministers to 11 per head of state, while limiting the cabinet-level delegations to five people due to the coronavirus pandemic.

The Ministry also said that they have decided to set up an Olympic Mission Cell in the Embassy of India in Tokyo for logistic support to its athletes.

'An Olympic Mission Cell is being set up in the Embassy of India in Tokyo, as a single-window node to provide logistic support to the Indian Contingent bound for Tokyo, so that all possible assistance is rendered seamlessly,' it said.