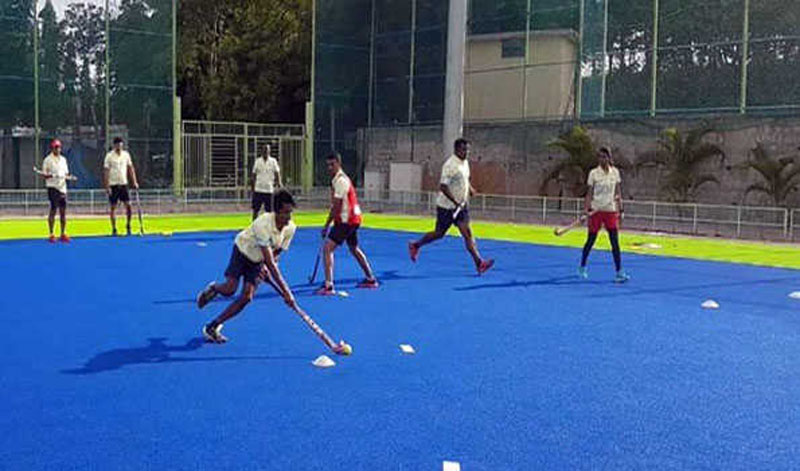 Round two of workshops organised for Hockey India coaches

New Delhi/UNI: After the successful completion of the Asian Hockey Federation (AHF) online education workshops for the Hockey India (HI) coaches in the last eleven months, the AHF will conduct another set of workshops during June.

The workshops are also meant for the HI umpires and technical officials.

A group of 12-30 coaches and umpires will be attending three AHF online education workshops this month, Hockey India said in a release.

Providing technical expertise and knowledge on aspects of decision making for umpires and goal-scoring dynamics for the coaches, these online education workshops will be conducted free of cost, consisting of three to four hours sessions each.

"Our coaches, umpires and technical officials have learned a lot through the AHF Online Education Workshops, and we cannot thank the Asian Hockey Federation enough for their valuable contribution," said Gyanendro Ningombam, President, Hockey India.

"It's been an absolute pleasure working with the AHF in the last eleven months and we look forward to continuing to work with the AHF," he added.

Meanwhile, Dato Tayyab Ikram, Chief Executive, AHF, said, "The candidates have grasped various techniques very well and have grown at a rapid pace. We cannot wait to organise another set of Online Education Workshops this month."

Along with the online workshops exclusively for Hockey India, the AHF will organize another set of online education workshops for all the Asian hockey-playing nations in June.

Hockey India has nominated a maximum of six candidates for each of these educational workshops.