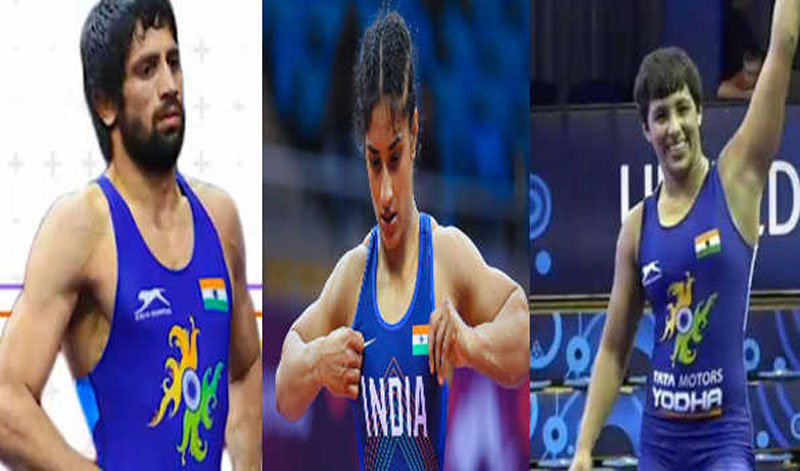 Chandigarh/UNI: Four Indian wrestlers, including two women, will be taking part in the Poland Open Ranking Wrestling Series starting from June 8 in Warsaw.

India have fielded Vinesh (53 kg) and Anshu Malik (57 kg) in the women's freestyle competitions while Ravi Kumar (61 kg) and Sumit (125 kg) will compete in freestyle in their respective categories.

Winner of Asian crown in 57 kg, 19-year old Anshu Malik will be taking part for the fourth time this season. It’ll be her first competition since winning the 57kg Asian title in April. Anshu earned an Olympic berth after she reached the finals at the Asian Olympic Qualifier.

Seventeen wrestlers are in fray in the 57 kg section, while Vinesh is among 12 competitors in the 53 kg section.