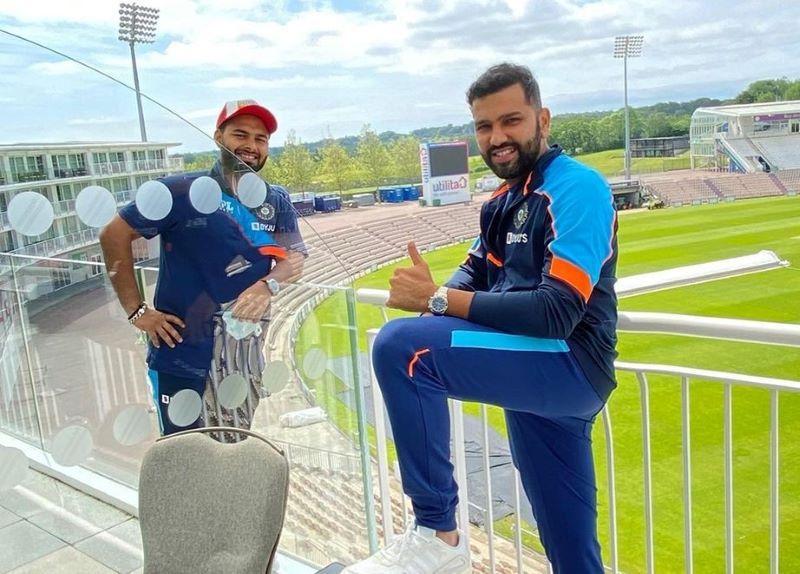 We are in Southampton: Rohit Sharma shares picture with Rishabh Pant on social media

Southampton/IBNS: Indian cricketer Rohit Sharma on Thursday shared a picture with his colleague Rishabh Pant on social media, informing his fans that Team India have reached the United Kingdom to play the World Test Championship or WTC.

"We are in Southampton," Rohit said in the caption of the picture on Instagram.

Team India reached the UK on Thursday to play the first-ever WTC final against New Zealand in Southampton from June 18 and five games against England starting Aug 4.

India head coach Ravi Shastri on Wednesday said that the World Test Championship final should have best-of-three format in the future even while acknowledging that such an arrangement may not be feasible in the packed modern-day international calendar.

"I think ideally, in the long run, if they want to persist with this Test championship, a best of three final would be ideal," Shastri said in the pre-departure press conference.

"A three-match series as a culmination of two-and-a-half years around the globe... Ideally going forward, best of three would be ideal, but we've got to finish it as quickly as possible because of the Future Tours Program (FTP) that will start all over again so one off is a one off and the guys have earned their stripes," he added.