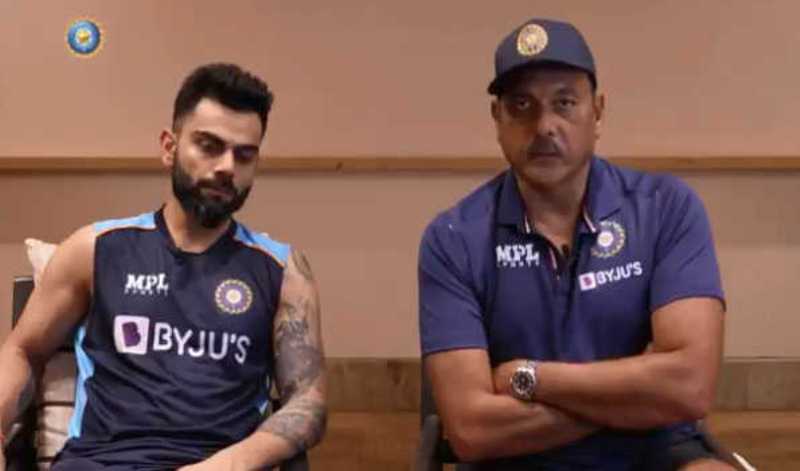 Mumbai/UNI: India head coach Ravi Shastri on Wednesday said that the World Test Championship final should have best-of-three format in the future even while acknowledging that such an arrangement may not be feasible in the packed modern-day international calendar.

Team India will leave for UK in the wee hours of Thursday to play the first-ever WTC final against New Zealand in Southampton from June 18 and five games against England starting August 4.

"I think ideally, in the long run, if they want to persist with this Test championship, a best of three final would be ideal," Shastri said in the pre-departure press conference.

"A three-match series as a culmination of two-and-a-half years around the globe... Ideally going forward, best of three would be ideal, but we've got to finish it as quickly as possible because of the Future Tours Program (FTP) that will start all over again so one off is a one off and the guys have earned their stripes," he added.

Shastri also echoed opinions of several of his players, including Ajinkya Rahane, Ishant Sharma and R. Ashwin, that likened this one-off Test to a World Cup final.

"See it is the first time that you have the World Test Championship final. When you look at that and the magnitude of the game that's going to be played, I think this is the biggest, if not the biggest ever," he said.

"It is the toughest form of the game. It is a format that tests you, it doesn't happen over three days or three months, it's happened over two years - where teams have played each other around the world and earned their stripes to play the final. So it is one heck of an event," he added.

Meanwhile, Captain Virat Kohli feels that the mere qualification to the final by his team was a badge of honour for a consistent five-year run in the format.

"I think this holds a lot of value, especially this being the first of its kind in the toughest format, as Ravi bhai mentioned. All of us take a lot of pride in playing Test cricket and the way we've progressed as a side is an example of what Test cricket means to us,' Kohli was quoted as saying by Cricbuzz.

'So for all of us as a unit, those who have been part of the Test side for many years, this is like the accumulation of all the hard work of not just the duration of the Test championship but the last 5-6 years since we started really coming up the ranks and building as a side and just very happy to play in the final,' he added.