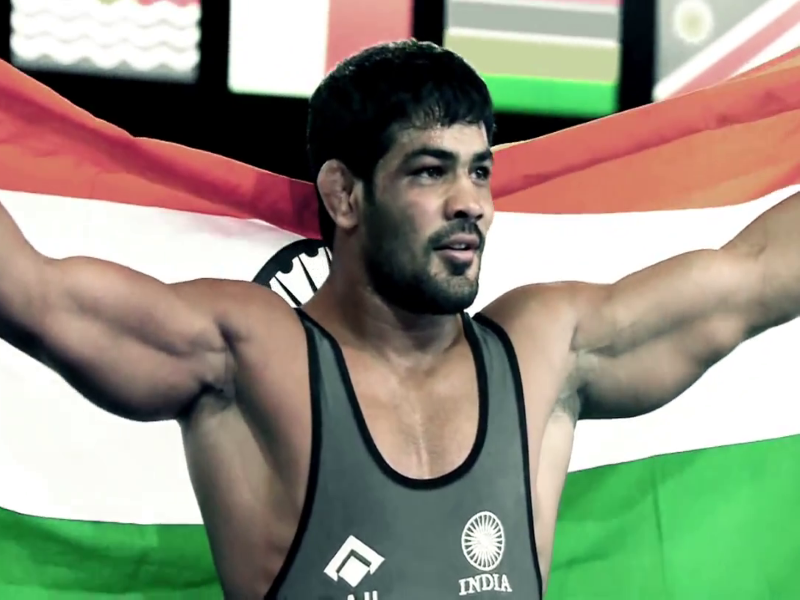 A non-bailable warrant has been issued against the absconding Olympic medalist, media reports said, adding that police have announced a reward of Rs 1 lakh for information about his whereabouts.

Kumar, who is from Najafgarh's Baprola village, is India's only world champion (2010) in wrestling, till date. The grappler is also the only player to win two  Olympic medals in individual capacity.

Earlier, police had issued a lookout circular against him for allegedly beating to death 23-year-old wrestler Sagar Dhankad and thrashing his two friends in Chhatrasal Stadium in the night of May 4, media had reported.

Dhankad succumbed to his injuries in a hospital while his friend Sonu, who had been injured, named Kumar and his aides as the assaulters.

The deceased athlete is the son of a Delhi Police head constable, the reports added.

The fight broke out over a flat in Model Town which was owned by Kumar but Dhankad was living in it, police found in preliminary investigation.

The look out notice was issued on May 9, six days after the incident, informed the media reports.

A case under sections of the Indian Penal Code (IPC) and the Arms Act has been registered at the Model Town Police Station, media reported.

Police arrested Dalal (24), who is a resident of Jhajjar.

According to media reports, a reward of Rs 50,000 has been announced for co-accused in the case, Ajay, who is also absconding.

Police have launched an intensive search in Delhi and its adjacent cities as well as in neighbouring states to nab Kumar.

Sushil Kumar had filed a petition for pre-arrest bail at the Rohini court on the grounds that none of the victim's injuries were not caused by him and the case against him was biased, according to reports in media.

However, the prosecution appealed to the court to reject his bail plea saying police had found electronic evidence against him, adding that he was a flight risk.

His lawyer contended that custodial interrogation was unnecessary as police have made all the recoveries, including, weapon, vehicle and stick.

Sushil Kumar bagged a bronze medal in 2008 Beijing Olympics and a silver medal in 2012 London Olympics.