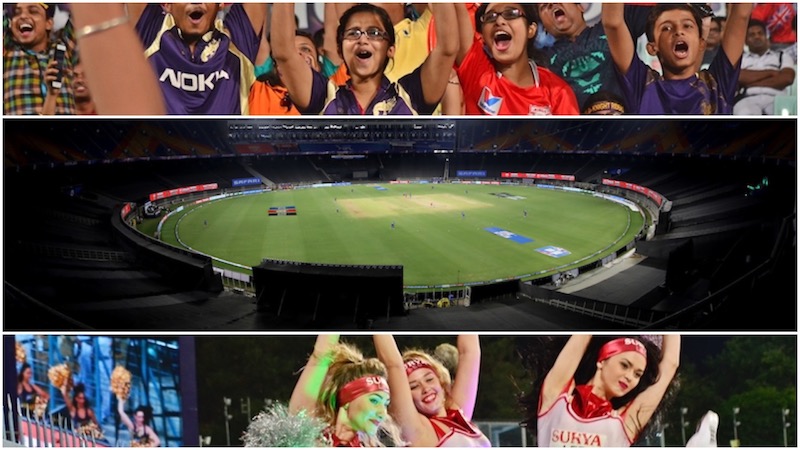 Spectator sports in the time of COVID-19

While sporting leagues and sports persons across the world are hit by Covid-19 fallout, spectator sports like USA’s NBA or cricket-crazy India’s IPL cope with new challenges. Jackson Stone, Ashley Wright and Tyler Hollins from USA and Harshal Shah from India report

It’s been over 400 days since the NBA announced it would be suspending its season, the first of many postponements or cancellations echoed by sports leagues across the globe in the following days.

The United States had 1,267 confirmed cases by the end of that night on March 11, 2020. This number has since inched towards 150 million cases worldwide despite national and state governments around the world declaring unprecedented lockdowns and public health and safety measures. 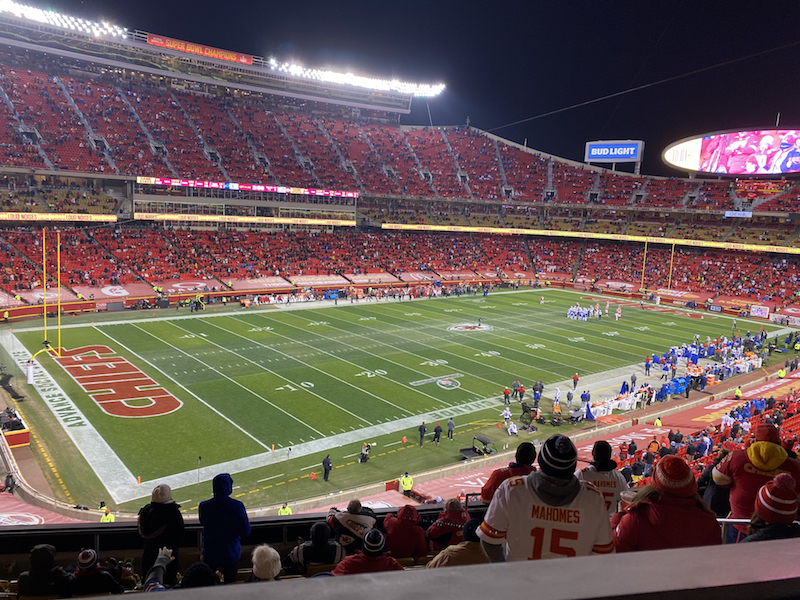 Yet, over a year later, India’s highest regarded cricket league, the India Premier League, continued to play on despite over 350,000 people testing positive in India till early May.

However, amid the catastrophic second wave Covid19 situation in India and consequent outrage, the league- which has an estimated brand value of $6.8 billion-  has been postponed. The decision was taken after several players tested positive for the virus.

Officials had been advocating for continued play because of the league’s importance to the country’s overall well-being. An anonymous IPL official told Reuters that the “IPL provides a much-needed distraction for all from the doom and gloom around us.” 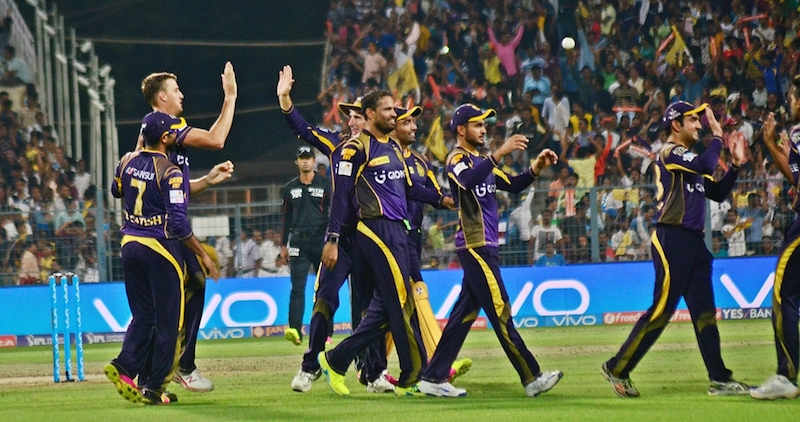 Another factor that may be holding the league back from cancelling or postponing the season is the unknown monetary impact of the $2.55 billion dollar television deal that runs through 2022.

The league first started play in 2008 but is already the 6th-biggest in terms of revenue in the world and has surpassed the MLB in sponsorship revenue.

“Many IPL teams have made money this year,” said Thomas Abraham, co-founder of SportzPower, an independently owned media company in India.

According to Abraham, Covid-19 had zero impact on the big leagues like the IPL.

“It would have been negatively impacted if VIVO [smartphone company] had not come back this year (2021). Last year VIVO was not there and there was a drop in revenue from INR 440 crore to INR 220 crore, which is basically half.

“Many IPL teams have made money this year. The big leagues have managed to maintain the numbers because they have a decent amount of media rights and higher levels of viewership. We do not really know what is going to happen to smaller leagues.” 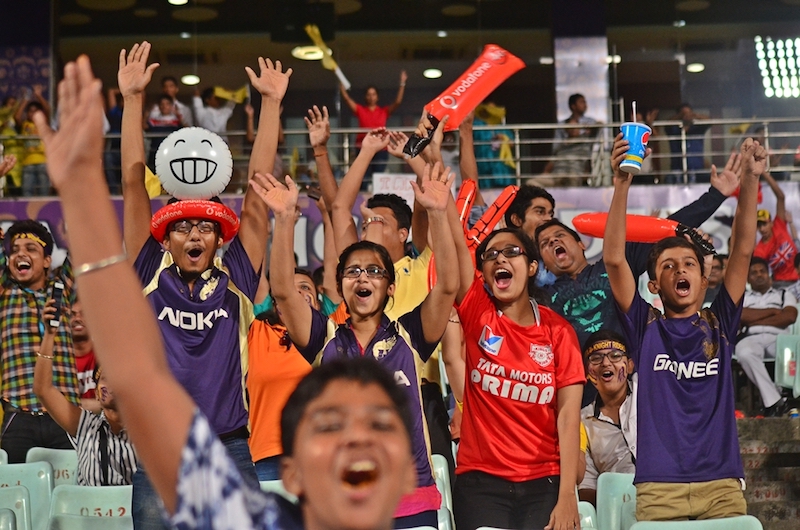 Cheering crowd in an IPL match in the past. Image by Avishek Mitra

However, not all sporting events or leagues deliver like IPL cash cow.

Some premier domestic leagues of India, such as the Ranji Trophy (cricket), will not be held for the first time in 87 years.

As a second spike hits its peak in India, the future of the country’s most popular sports- cricket- is uncertain.

"We have lost the year 2020-2021,” said Snehasish Ganguly, Honorary Secretary of The Cricket Association of Bengal (CAB), a state unit of India's cricket board, BCCI. 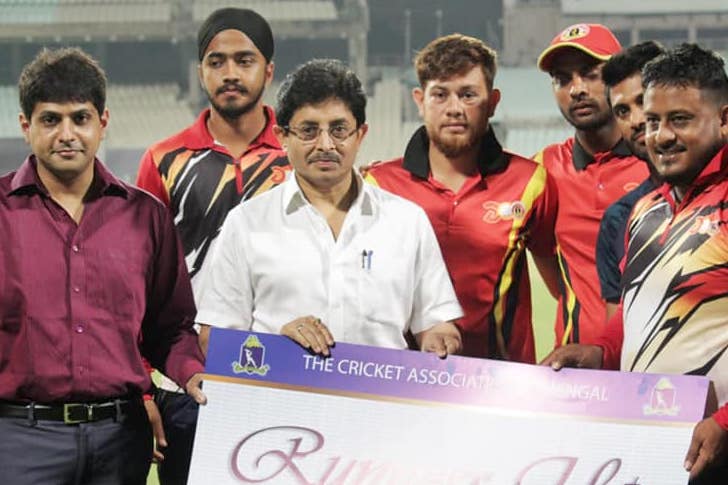 “We are almost on the verge of losing 2021-2022 because nobody knows how long the pandemic is going to last. The year that we have lost, without cricket, has impacted the careers of youngsters, their mentality and mindset towards the game,” he said.

A number of players have already opted out of the IPL due to COVID-19 concerns, similar to the NFL’s decision to allow players to opt-out of the 2020 season. Even newspapers had started to boycott coverage of the league because of its willingness to play during this time.

However, life on the other side of the planet (read USA) is trying to slowly navigate through a pandemic that some state governments view as essentially over.

“The Texas Rangers tried 100% (capacity) on their Opening Day, the Indy 500 is going to have 135,000 people at their event and golf tournaments are bringing people back in, but it still remains to be seen whether there'll be another surge again,” said Dr. Jim Riordan, director of the MBA Sport Management program at Florida Atlantic University.

“Outbreaks and positivity rates are going to dictate how quickly and how fast that each city can move.” 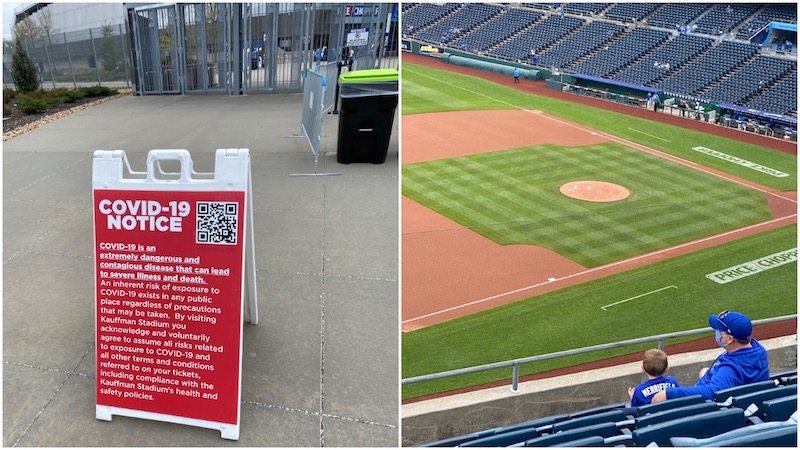 The disparity between cities and allowed attendance at sporting events has been substantial in recent months. The Kansas City Chiefs opened up to 22% capacity of Arrowhead Stadium every game, but the next closest team in terms of distance, the Chicago Bears, didn’t allow a single spectator into Soldier Field the entire season.

Even teams who accommodated fans couldn’t uphold their commitment to everyone who had bought tickets in advance because of the reduced capacity regulations.

“It was disappointing for a lot of season ticket holders just because of the way they did the spacing in stadiums,” said Chiefs season ticket member Jonathan Liddle.

While ticket sales are an important piece of revenue for professional sports teams and college athletic departments, it only makes up a portion of the revenue made on gameday. Not having spectators in the seats has been costly on many levels.

“That takes away a lot of not only main revenue, but also ancillary revenue,” said Dr. Riordan. “You have ticket sales, but people who buy tickets to come to games also pay for parking, souvenirs, concessions, hotdogs, beer, food. All that's gone by the wayside.” 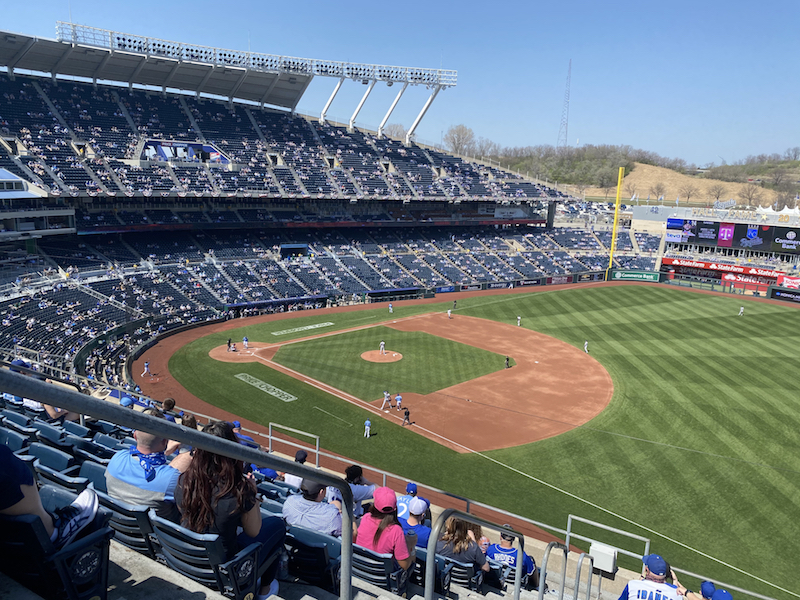 A socially distanced crowd of 10,000 people take in a game between the Texas Rangers and the Kansas City Royals on April 4, 2021, in Kansas City, MO. Image by Jackson Stone.

Major League Baseball, a $10 billion industry, lives off fan revenue, similar to other major sports leagues. When a family of four attends an MLB game, they spend approximately $234.38 on tickets, parking, food, and merchandise.

During a typical 162-game season, gate receipts, the sum of money taken at a sporting venue for the sale of tickets, add up to $2.84 billion for the league.

That number has negatively impacted all teams, whether they are large national markets such as the New York Yankees or locally supported teams such as the Kansas City Royals.

For example, the New York Yankees, the highest valued MLB franchise and second most valuable franchise in the world at $5 billion, suffered a dramatic revenue drop in 2020. For the shortened 60-game season, the Yankees brought in $108 million dollars, a steep decline from their $683 million dollar figure in 2019.

However, teams with lower payrolls and expected attendance such as the Kansas City Royals still managed to draw in $109 million in 2020. That could be in large part to the new television deal that was struck before the season that was rumoured to have doubled their previous deal in terms of value.

“The eyeballs right now during COVID and the pandemic, or through last football season and in spring training, were not in the seats so to speak,” said Dr. Riordan. “Most of the eyeballs are now watching on television.” Covid19 has dealt a blow to the budding careers of many sportspersons in both countries.

According to Subrata Dutta, Senior Vice President of the All India Football Federation (AIFF), “due to the pandemic, many football players may shy away from their game and might lose their game form which may put their life and career in jeopardy.”

“If tournaments and leagues do not take place, football players, especially those who are professionals, they would not get their salaries," he said. 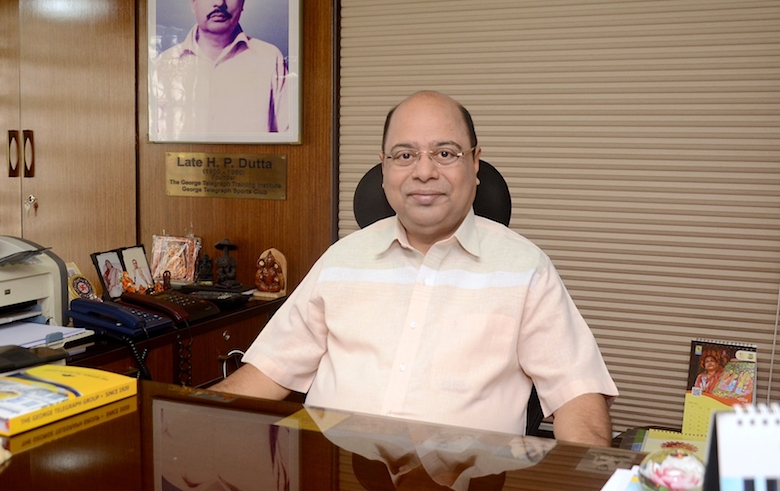 According to sports administrators, COVID-19 protocols and bio secure bubbles are also affecting the players mentally.

Said Dutta: “If the players are confined to a room or a place, if they cannot go out and mix with people or visit their friends and relatives, they are mentally affected.”

“If the players are confined during a two month long tournament, it definitely takes a toll on their mental health. They would be demoralised and demotivated.

“The players might need a psychiatrist or sports doctor to come out of the mental agony.”

As Snehasish Ganguly of CAB put it: “In this situation, a lot of cricketers might have diverted themselves from sports to studies or are focusing on other parts of their careers.” 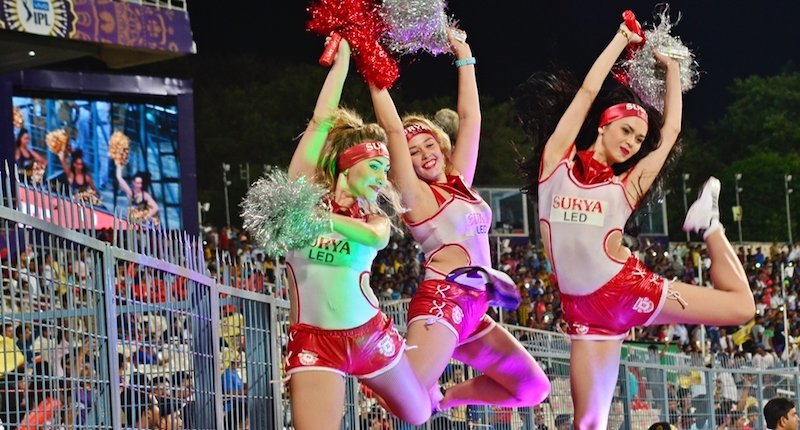 Cheering crowd in an IPL match in the past. Image by Avishek Mitra

Despite the differences between the two countries, one thing remains constant.

“Everyone looks to sports and entertainment as an outlet,” said Dr. Riordan.

“Working 9-5 or a lot longer, five days a week, they look to sports and entertainment as a way of getting away from all that and getting refreshed and just enjoying themselves. Especially now since they've been cooped up in houses and not been able to do that.”

While Americans may be able to watch and support their favorite teams in the stands, many in India don’t have the same option now. But they are hopeful.

"Despite the fact that our way of playing sports and life in general are being affected, I believe that sports have a bright chance of picking up post the lockdown,” said Dr. Sankar UV, Director at the Sports School, which is one of India’s first integrated schools for sports and academics.

“There will certainly be the aspect of heightened safety protocols for the foreseeable future, since the people of our country have become more conscious of their health.” 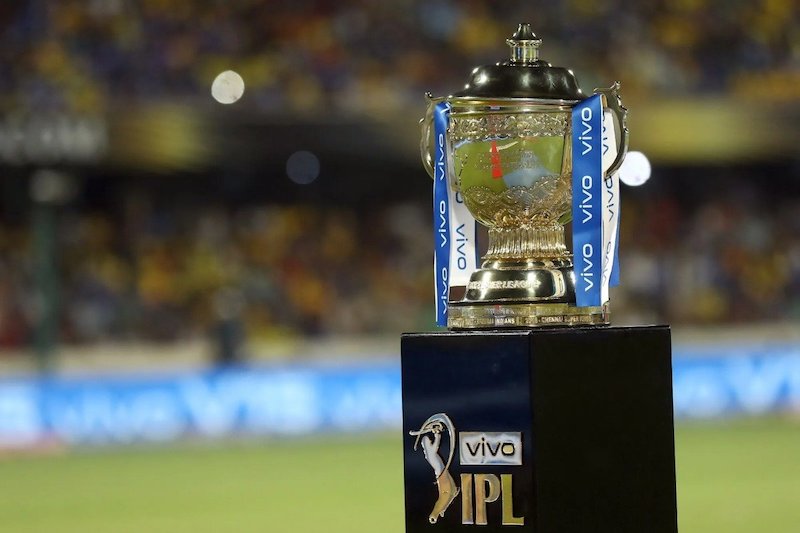 IPL has been postponed following a devastating surge in Covid19 in India. Image: IPL Twitter

According to Thomas Abraham, there is going to be a process in which the whole ecosystem figures out how to get back to play.

“The momentum has been disrupted in a big way. Businesses have to come back on track, people need to have financial stability. There are many people who have lost their jobs.

“Financially, the potential consumers of sports have been affected. It is a process that has to start again. There is no straight answer here. The economy has a huge role to play,” he said.

Whether or not health and safety protocols allow fans around the world to celebrate their team in person by the end of the year, sports will be at the forefront of public events to bring the community back together.

“When we had the 9/11 tragedy, people looked to sports,” Dr. Riordan said.

“Sports are certainly a unifier. It's bringing people together. And it'll do that here (with COVID) too.”

(This is a reporting project by students at the University of Missouri, USA and Indian colleges, overseen by senior US and Indian journalists Laura Ungar and Sujoy Dhar)