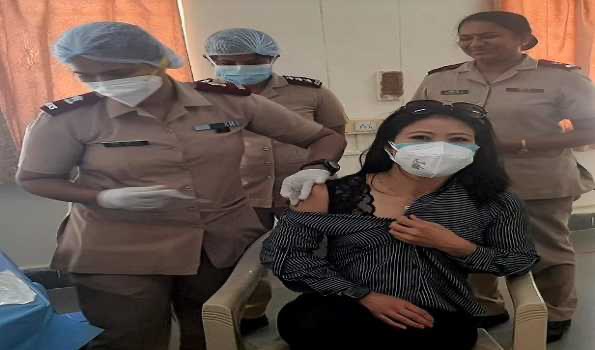 Olympic-bound Mary Kom, Lovlina get their first dose of the COVID-19 vaccine

Both Mary and Lovlina are training at the Army Sports Institute, Pune. The ongoing elite women national camp, being conducted for the Olympic qualified pugilists, will go on till July 31.

"Alongside the duo, four members from the coaching and support staff team also received their first jab of the vaccine," the Boxing Federation of India said.

Lovlina, a two-time world bronze-medallist, had been training at the ASI for some time now, while the six-time world champion Mary landed here on May 5.