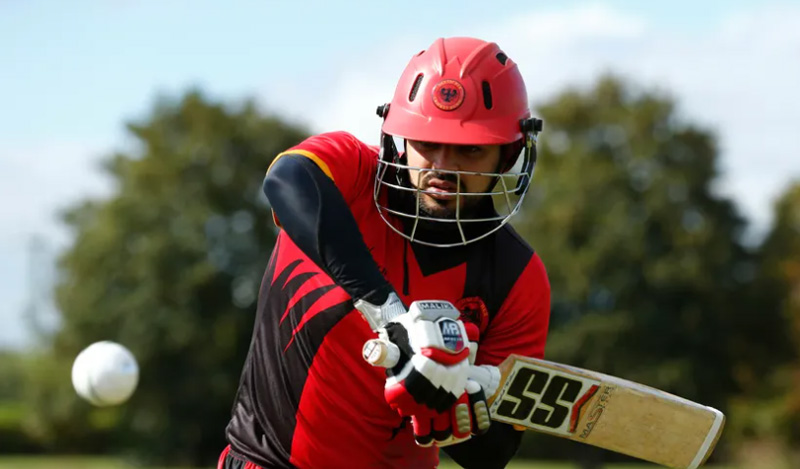 Finland was set to host their first ICC event with the Sub Regional Europe A and B qualifiers starting next month.

The ICC Men’s T20 World Cup Sub Regional Europe B Qualifier was due to be hosted between 30 June and 5 July involving the hosts, Germany, Gibraltar, Greece, Guernsey, Hungary, Luxembourg and Sweden.

The A qualifier was scheduled to start three days later with Bulgaria, Cyprus, France, Israel, Italy, Malta, Norway, Spain all competing until 13 July.

After extensive consultation with both hosts, participating Members, the relevant governments, public health authorities and in line with the ICC’s comprehensive contingency planning of COVID-19 the only course of action was to cancel the three events.

The cancellation was as a result of over half of the countries still facing significant restrictions on free movement and extensive quarantine periods for returning Members back into their home countries, as well as domestic restrictions in place preventing teams from selecting and preparing squads for the tournaments. Full approval from the Belgian government for the staging of the event based on the Bio-Safety Mitigation strategies proposed by the ICC was also not obtained.

With the three events taking place at the start of the pathway which are three steps away from the World Cup, all tournaments had to be completed by the end of July 2021 to logistically enable the Europe Qualifier currently scheduled for October 2021 to take place, therefore providing no available opportunity to reschedule the events.

Italy, Germany, and Denmark will now qualify from the Europe Sub Regional Qualifiers A, B and C respectively determined by their position in the MRF Tyres ICC Men’s T20I Team Rankings as on 30 April 2020. They will now join Jersey in the ICC Men’s T20 World Cup Europe Qualifier scheduled to take place in Spain between 15 and 21 October 2021 with two qualifier spots up for grabs in the A or B global qualifiers.

ICC Head of Events, Chris Tetley said: “We have unfortunately had to cancel the three ICC Men’s T20 World Cup Sub Regional Europe Qualifiers due to start next month as a result of the COVID-19 pandemic.

“As part of the ICC’s comprehensive contingency planning process we have been working continuously with the Hosts, participating Members and all stakeholders to maximise the opportunity for qualification to be determined on the field of play. However, due to COVID-19 restrictions and the short timelines that the European season provides to allow us to progress with the next step in the pathway, there has been no other option than to cancel.

“I would like to thank Cricket Finland, the Belgium Cricket Federation and all participating Members for their collective support in coming to this decision.”

Cricket Finland Operations Director, Maija Scamans said: “While we fully appreciate the difficult current situation with the pandemic, this is still a huge disappointment to everyone at Cricket Finland and our partners. We firmly believe that the fantastic experiences gained through working with our key stakeholders on the process of preparation for a globally streamed event will benefit the future of cricket and hopefully result in Finland hosting another T20 World Cup Regional Qualifier event in the not too distant future.”

Belgium Cricket Federation Host Tournament Director, Nick Compton said: “Although it is met with great disappointment, the Belgium Cricket Federation recognise the significant ongoing challenges presented by COVID-19 in organising international sporting events, and support the ICC in its decision to cancel the upcoming Qualifier. Belgium remains committed to hosting international cricket later in the summer and looks forward to welcoming countries again once travel restrictions are relaxed."

Two other events in the ICC Men’s T20 World Cup 2022 pathway have been postponed. The ICC Men’s T20 World Cup Americas Qualifier, two steps away from Australia and due to be hosted in Canada between 17 and 23 July 2021 involving the hosts, Argentina, Bahamas, Belize, Bermuda, Cayman Islands, Panama and the USA, has been postponed due to government and travel restrictions. New dates and host country will be confirmed in due course.

The Asia B Qualifier, which is also two steps away from Australia 2022 and was due to be hosted in Malaysia between 11 and 17 July 2021 involving Bhutan, China, Malaysia, Myanmar, Hong Kong and Thailand, has also been postponed. It is now scheduled to be played between 9 and 15 November 2021 in Malaysia.The decision was taken to postpone due to extensive quarantine requirements in Malaysia and for the visiting teams on their return to their respective countries.

In addition, the ICC Women's T20 World Cup Asia Qualifier hosted by Malaysia has new confirmed dates of 22-28 November 2021. Bhutan, China, Hong Kong, Kuwait, Myanmar, Nepal, Malaysia and the UAE are all set to compete, with the date change allowing Malaysia to host both events back-to-back.